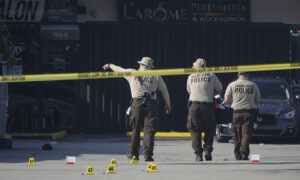 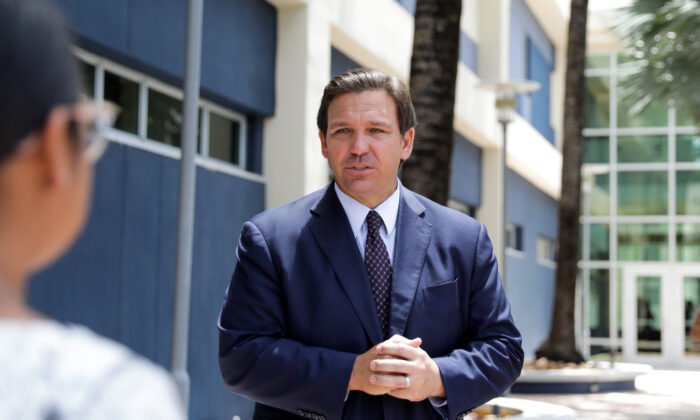 Gov. Ron DeSantis signed a bill that would bar transgender athletes from competing in women’s sports at schools and universities across Florida.

The Florida state Legislature passed a measure in April that prevents transgender athletes from competing in women’s sports, saying that it would be unfair and argued that biological males possess significant physical advantages over females.

“We believe in the state of Florida protecting the fairness and integrity of women’s athletics,” said DeSantis in Jacksonville alongside several female athletes at the Trinity Christian Academy.

State Sen. Kelli Stargel, a Republican who sponsored the legislation, noted that “we all know that men are stronger than women.”

“I’ve always heard as a kid, ‘You run like a girl,’” she said, referring to a video showing Selina Soule, a Connecticut track athlete who filed a lawsuit over biologically male transgender athletes competing in high school girls’ sports.

“And when you’re looking at that video,” Stargel said, “it’s evident the woman, the transgender woman who competed, or self-identified woman, ran very differently than the others in the competition. It’s physiologically different. Men are stronger, they have bigger lung capacity, stronger muscles.”

The state’s Democratic Party accused DeSantis and Republicans of being discriminatory.

“The language denigrating trans youth incorporated in this bill shows how little the Republican-led legislature regards equal treatment for all our young people,” said the state Democratic Party in a statement.

But Stargel pushed back, saying Republicans are not against any particular group and that the bill is about fairness.

“This is not about that. This is about sports and having competitive advantage and having the ability to compete,” she remarked on Tuesday, adding that the bill will benefit women.

DeSantis also dismissed a pressure campaign from corporations and the National Collegiate Athletic Association (NCAA) that they might pull out of Florida due to the bill. In 2017, the NCAA pulled events from North Carolina after a similar bill was passed.

“Some of these organizations say they’re not going to hold events if you do this. Just let me say very clearly, in Florida, we’re going to do what’s right, we’ll stand up to corporations, they are not going to dictate the policies in this state,” the governor said. “We will stand up to groups like the NCAA, who think that they should be able to dictate the policies in different states.”