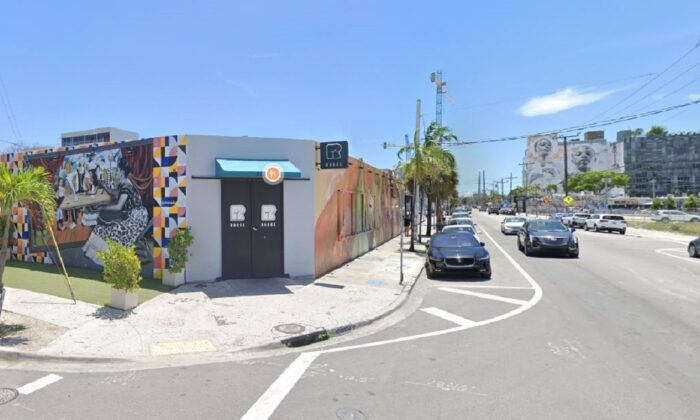 A Florida bar that held a drag show with a nearly nude dancer while children were present could have its alcohol license revoked after a state agency filed a complaint.

R House, a bar in Miami, featured a nearly nude transgender dancer on or around July 3, according to video footage widely circulated online. That dancer was filmed holding a young girl’s hand and walking her around.

After learning of the incident, the Florida Department of Business and Professional Regulation found out that the bar holds a drag show brunch for about three hours each Saturday and Sunday, and has been doing so since at least 2017. Officials also found that “young children attend the brunch,” according to the complaint, which was obtained by The Epoch Times.

Officials pointed to how R House promotes a kids brunch menu, which not only states which food options are available but says the children can enjoy “our fabulous show.”

Attached to the complaint are images, primarily screenshots of videos, showing how dancers at the brunches perform sexualized moves. Some of the videos have been posted online by R House.

The videos have drawn outrage online, including from Lauren Chen, a Turning Point USA contributor, who called for those responsible to be jailed.

On July 9, an investigator with the department’s Division of Alcoholic Beverages and Tobacco visited the bar and observed a male dancer performing in the center of the room. The performer, dressed as a female, danced around a pole and gyrated.

Videos recorded by investigators and videos posted by others show young children observing the performances, including some estimated to be as young as 3 years old.

Florida law enables the division to revoke or suspend an alcohol license if a license holder is found to be “maintaining a nuisance on the licensed premises,” or if the premises “becomes manifestly injurious to the morals or manners of the people.”

The Florida Supreme Court has said that men impersonating women in the context of sexualized performances constitutes a nuisance.

Even if the performers were biological women, the nature of the performances would still meet the definition, according to state officials.

The complaint calls for the revocation of R House’s alcohol license because of the violation of multiple laws.

R House did not respond to a request for comment.