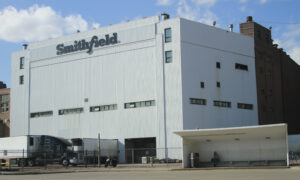 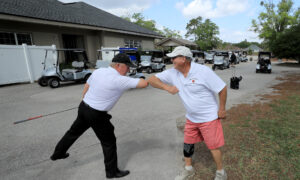 Jacksonville to Reopen Beaches and Parks for Essential Activities
0 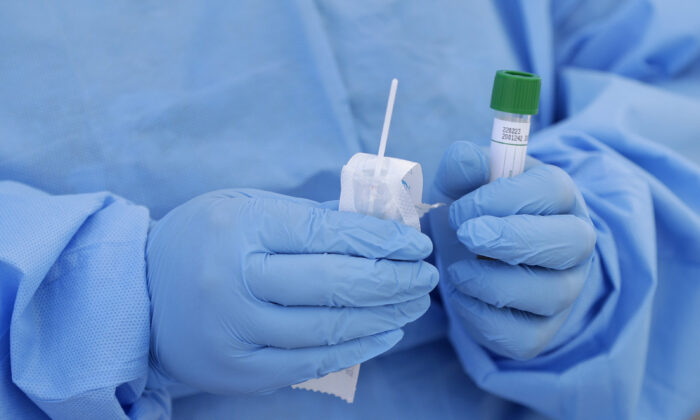 A healthcare worker prepares to collect a sample to test for COVID-19 at a drive-through testing site at a community health center in Miami on March 20, 2020. (Wilfredo Lee/AP Photo)
PUBLIC HEALTH INFORMATION

One of the largest states in the nation is expanding walk-up COVID-19 testing sites after an initial site was successful.

One in 96 Floridians have been tested for the disease, which is caused by the CCP (Chinese Communist Party) virus, a novel coronavirus that emerged from mainland China last year. But officials are working on expanding testing, in part by rolling out sites in denser areas that people can approach on foot.

“The process is simple: any individual experiencing symptoms of COVID-19 … can walk up to the site to receive a test or you can call ahead to set up an appointment to be tested,” Gov. Ron DeSantis said at a press conference on Friday. Travel history isn’t relevant. Appointments can be made by phone.

The initial site in Jacksonville was successful. The model lets people in communities that may not have otherwise been able to get tested receive results.

People who get tested will be called by the county Department of Health regarding the test results; if a person tests positive, the federally-qualified health centers will contact the person for follow-up telehealth.

If the two sites are also successful, officials will open more in other areas, including Miami-Dade County.

The vast majority of Florida residents who have tested positive for COVID-19 have not required hospital care, DeSantis noted. The state had just 774 COVID-19 patients in intensive care units as of late Thursday, the lowest number since April 9.

Approximately 23,340 people tested positive for the virus, about 10 percent of those tested. The state has 668 deaths from the new illness.

Florida has one of the highest testing numbers per capita in the nation. Officials expected to complete 235,000 tests with results by the end of Thursday.

A number of drive-in sites across the state have served potential patients. Workers at the sites have done over 56,000 tests. Other people are being tested at hospitals or at their doctor’s office.

The reason walk-in sites are being pushed is because some people don’t have access to the drive-in sites.

“Not everyone will have access to be able to go to a drive-in site. Maybe it’s just too far away from where you live. Maybe you don’t have reliable ground transportation and so we wanted to see, where were gaps in testing access and see if we as the state of Florida could help to try to fill those,” DeSantis said.