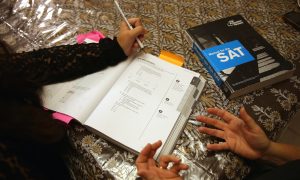 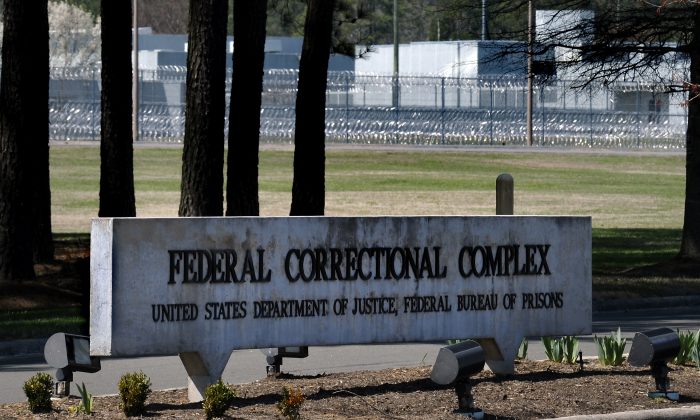 Rep. Vern Buchanan was incensed when he read a news report that Louis Farrakhan’s Nation of Islam receives federal funds for “services” to U.S. Bureau of Prisons (BOP) inmates.

The Florida Republican fired off a Jan. 7 letter to Acting Attorney General Matt Whittaker demanding the Department of Justice (DOJ) “immediately cease all contracts with the Nation of Islam and prohibit it from receiving any contracts in the future.”

Buchanan noted in his letter that Nation of Islam was contracted by BOP “to conduct so-called ‘spiritual guide services’ and ‘study services’ to inmates, and he said, “the fact that hard-earned American tax dollars are being funneled to this extremist group is not only unacceptable, it’s downright immoral.”

He also asked Whittaker to begin an immediate “full review of all ongoing and future contracts to ensure that the U.S. government is not financing domestic or foreign hate groups.”

Buchanan has yet to get a response from DOJ or BOP, his spokesman Anthony Cruz, told The Epoch Times on Jan. 10.

Buchanan’s demands are prompting questions about why federal prison officials would pay Farrakhan’s group more than $354,000, according to the Washington Examiner’s Alana Goodman, for services that are available at no cost from faith-based groups such as Prison Fellowship.

Farrakhan is infamous for saying that Adolf Hitler was “a great man” and that Jews and Caucasians are “evil,” among his teachings, which have led to the Black Muslim organization being condemned across the political spectrum as a hate group.

A review of federal spending data by The Epoch Times confirmed that federal funds are going to the Nation of Islam, as was first reported by Goodman. The review also found that Prison Fellowship International has received more than $3.5 million in awards from the Department of State’s Agency for International Development (AID) for human rights work overseas, mainly in Zambia and Ethiopia.

The data revealed a different story for Prison Fellowship U.S., which has been deeply involved in inmate counseling and rehabilitation activities across the country since its founding in 1976 by former Nixon White House aide Charles Colson.

Unlike the Nation of Islam, Prison Fellowship U.S. has received no federal funding. That’s because, according to spokesman Jim Forbes, “Prison Fellowship is faith-based. We don’t take any, zero, government dollars.”

Asked if his group would respond if approached by DOJ or BOP to conduct programs in the federal prison system, Forbes said, “That has actually happened with the passage of the First Step Act, by them basically acknowledging that faith-based programs do work within the prison system.”

Forbes was referring to legislation signed by President Donald Trump on Dec. 21, 2018, after a rare bipartisan effort to reform federal prison sentencing and rehabilitation practices.

As The Epoch Times previously reported, the bill “gives judges more discretion when sentencing drug and lower-level offenders, while also reducing the recidivism risks of prisoners by expanding on programs such as job training.”

The bill, for which Trump and his son-in-law and adviser, Jared Kushner, lobbied intensely, passed in the House of Representatives, 358-36, while the Senate also overwhelmingly approved the measure, 87–12.

The First Step Act was needed, according to a Prison Fellowship analysis, because “until now, federal prisons unnecessarily limited the ability of nonprofit organizations and volunteers to mentor prisoners and provide programming.”

The specific details of Prison Fellowship’s new work in the U.S. prison system are still being developed, according to Forbes.

Meanwhile, Cruz said the congressman would “take this into consideration when deciding on a further course of action” regarding the Nation of Islam funding.

A spokesman for BOP was unavailable to answer any questions about funding for the Nation of Islam or related issues, due to the partial shutdown of the federal government.

The U.S. prison system released 34,530 inmates in 2018 and a third of them are likely to be re-arrested within three years, according to BOP data. There are more than 180,000 inmates in the system, which is 14 to 25 percent more than the system’s facilities are designed to hold.

An estimated 16,000 inmates, according to BOP, are currently on waiting lists for basic literacy training, which illustrates that “demand for rehabilitative programming in the federal prison system far exceeds capacity,” Prison Fellowship said.