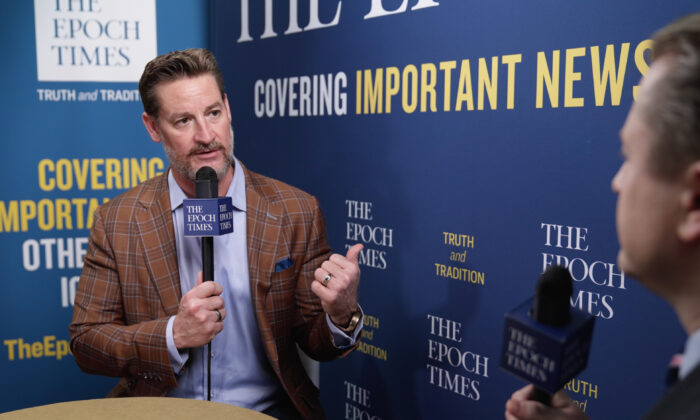 Lawmakers continue to prod the National Institutes of Health (NIH) regarding what has been described as “unconscionably cruel animal experiments” based on documents obtained by a watchdog group that monitors government spending.

“The NIH uses over $40 billion in taxpayer dollars annually to fund its research projects, including many recent, cruel examples using dogs,” Steube said in a statement on the legislation. “Americans don’t want to enable the heinous abuse inflicted on puppies and dogs in the name of research. My legislation will cut every dime of NIH’s federal funding for these ruthless dog experiments.”

Since White Coat Waste Project (WCW) has brought into the public eye experiments that involved anesthetizing dogs and cutting their vocal cords so that they can’t make noise when being experimented on and while in their cages, Steube has been an outspoken critic of Dr. Anthony Fauci, the director of the National Institute of Allergy and Infectious Diseases (NIAID) and the chief medical advisor to President Joe Biden.

In a 2021 opinion piece, Steube said, “Between his mishandling of COVID-19 and the unconscionably cruel animal experiments, this man must be held accountable—and he must resign immediately.”

“It seems that Fauci has a pattern of silencing those who protest his actions since he also silenced millions of Americans who opposed his draconian COVID-19 restrictions,” Steube said. “At least Fauci couldn’t slash our vocal cords to shut us up.”

The information found in the documents prompted lawmakers to send letters to Fauci and present legislation that until July 2022 seemed to go unnoticed by NIH.

In a rare response to a lawmaker, Fauci told Ernst, “Although the contract to Inimmune Corporation proposed the use of murine and canine preclinical animal models, after consultation with the U.S. Food and Drug Administration (FDA) the company elected to proceed using two rodent models only. No experiments utilizing the canine model are being conducted under this contract.”

Also in July, a judge approved a plan to transfer 4,000 beagles out of a breeding and research facility called Envigo in Cumberland, Virginia, and into shelters.

The facility had been cited for multiple animal welfare violations by the U.S. Department of Agriculture.

“During a seven-month period, over 300 puppies died,” WCW reported. “Dozens of beagles were found with fight wounds; others were severely diseased. Nursing mothers were deprived of food for nearly two full days.”

WCW found through Freedom of Information Act (FOIA) requests that NIH had purchased over seven dozen beagles from Envigo since 2019—some as young as one year old—costing the taxpayers between $1,000 and $1,500 per dog.

In 2020, WCW reported that the NIH spent about $140 million on animal experiments in foreign countries, with a total of 353 labs in 57 countries worldwide that are authorized to receive U.S. taxpayer funds, including countries classified as foreign adversaries like China and Russia.

The watchdog group’s publishing of multiple documents obtained through FOIA requests prompted 24 U.S. lawmakers to demand answers from Fauci in 2021.

Rep. Lisa McClain (R-Mich.) introduced a proposal called the Accountability in Foreign Animal Research (AFAR) Act to prohibit lab funding in countries that have been named as adversaries, which include China, Russia, Cuba, Venezuela, Iran, and North Korea.

According to WCW, 31 labs in China and Russia currently have permission to receive tax money from the NIH for animal experiments. This includes the Wuhan Institute of Virology, where former President Donald Trump terminated funding in 2020 after an earlier WCW report showed that the NIH had awarded the lab a $3.7 million grant.

The Preventing Animal Abuse and Waste (PAAW) Act of 2021 would prevent Fauci from conducting or supporting research that could result in death, irreversible damage, significant pain, or distress to dogs.

The bill, which had bipartisan support, also required that NIAID report to Congress ongoing dog experiments, its plan to phase out dog testing, and how much money is being spent on the experiments.

In a previous interview with The Epoch Times, Justin Goodman, vice president of advocacy and public policy for WCW, said the NIH is stuck in “institutional inertia that is perpetuating these wasteful and cruel experiments on dogs and other animals inside the federal government.”

Animals are used in these experiments to test the limits of a drug’s toxicity.

“Basically, they dose a rodent and non-rodent species with increasingly large amounts of whatever the experimental drug is to see at what point they get sick or die,” Goodman said.

Advocates in favor of animal research, such as the organization Speaking of Research (SR), point to medical developments and benefits to using animals in experiments, citing on its website the contributions SR said animal research has made to science while challenging those who advocate for animal rights and the cessation of animal experimentation.

Though the NIH didn’t respond to The Epoch Times’ request for comment, in past responses to previous stories on the NIH’s experiments on animals, a spokesperson told The Epoch Times that reviewers examine the justification for experimenting on animals and if alternative models could be used. The animals are protected by laws, regulations, and policies, the spokesperson said.

Those, like WCW, who argue against animal research point to the amount of taxpayer money flowing into experiments and what they describe as “cruel” methods taking place in labs.

“As White Coat Waste Project’s #BeagleGate investigations have revealed, NIH-funded white coats are wasting millions of taxpayer dollars to inject puppies with cocaine, de-bark, and poison dogs, infest beagles with flies and ticks, and force dogs to suffer septic shock,” Goodman said. “A supermajority of Americans across the political spectrum want Congress to cut NIH’s wasteful spending on dog experiments. The solution is clear: stop the money. Stop the madness.”