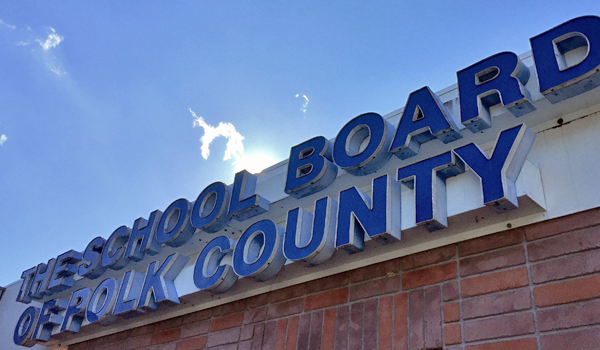 A Florida group isn’t giving up on their fight to stop the Polk County Public Schools from allowing students access to sexually explicit books in school libraries.

County Citizens Defending Freedom (CCDF) filed an appeal with the Polk County School Board on Sept. 6 over “pornographic” titles available to middle and high school children that include graphic descriptions of gay sex and child rape.

“Putting these quarantined books back on the shelves with unfettered access to minors is a blatant violation of Florida statutes and does not put students first,” the group’s complaint said.

In January, the group approached Sheriff Grady Judd—known nationally as a tough, no-nonsense lawman—concerning the books. That same month Superintendent Frederick Heid ordered the books pulled off the shelves for review.

Judd was as outraged as parents, calling the content of the books “just filthy and nasty” in a Sept. 1 letter.

While supportive, he told the CCDF group the materials don’t rise to the level of investigation and prosecution under current state obscenity laws.

“I cannot, in my wildest imagination, understand why the school board members would want an environment where the government provides, at taxpayers’ expense, such material to students …,” Judd wrote.

Robert Goodman, executive director for CCDF in Polk County, told The Epoch Times the school district has five business days to respond to the appeal.

If the board does not correct the situation, the general counsel to CCDF attorney Jeff Childers, told The Epoch Times the parents and residents of Polk County were prepared to continue fighting, whether by legal action or through new legislation.

The series of events are the latest in a battle that began in December 2021, when the CCDF, representing citizens in 17 cities throughout Polk County, wrote a letter complaining about the books to Heid,

The appeal filed this week is a second attempt to sequester 16 book titles that were flagged by the district for containing sexual content that concerned parents.

Parents believed an Opt-In/Opt-Out process would be available when school started in August.

Opt-In allowed parents to approve students to check out a library book that had been part of a district-wide book review.

Opt-Out allowed parents to view every title available in the library their student attends. Parents could then select the title they do not want their student to check out.

Parents could select the option that worked best for them.

Instead, parents found the Opt-In choice had been removed. That option was considered most important because it kept the objectionable titles out of children’s hands unless their parents granted permission.

The district only gave parents the ability to Opt-Out.

Parents complained the process was long, time-consuming, and didn’t stop children from reading the objectionable books in the library, Goodman said.

They were upset because at the July 26 board meeting, both options appeared a done deal. Heid explained to the board that he planned to implement an Opt-In/Opt-Out policy.

Jason Geary, a Polk County Public Schools spokesman, told The Epoch Times in an email the superintendent had recommended both options, but the idea “was not supported” by the majority of the school board.

Then, in a bold move on Aug. 22, members of CCDF took the extraordinary step of filing 106 police complaints against the superintendent and school board with Judd.

Jane Imparl, of Lake Wales in Polk County, was one of the residents who filed a complaint with police. As a teacher for 29 years in Illinois, she was shocked by the sexual content.

“I was appalled by it,” she said. “It’s a crying shame. I don’t know what is happening to our country.”

Judd’s response to the parents made several recommendations if the school board did not allow both Opt-In and Opt-Out.

He suggested they seek an injunction against the school board or work to change the law that would code books according to age appropriateness and block access for students under 18.

He sent copies of his letter to the state attorney, all seven board members, and newly elected board members who haven’t taken office yet.

Childers said he believed activists had pressured the board into ignoring the wishes of citizens.

“They went with a useless Opt-Out,” he said, adding that only gave the appearance the school district responded to parent concerns.

“There is a small group of very vocal left-wing activists who have taken the position that kids who are trans or LGBT somehow benefit from having early exposure to this sexualized material,” Childers said.

Childers said the argument that the material may benefit LBGT or trans youths seems weak.

“I don’t understand what the benefit is supposed to be. I think an LGBT parent is the same as any other parent,” Childers said. “They don’t want their kids exposed to that stuff, I think.”

He said Judd’s letter proves that the existing laws are inadequate.

“So you have the most respected sheriff in Florida saying he wishes he could do something about it because the laws are inadequate.”