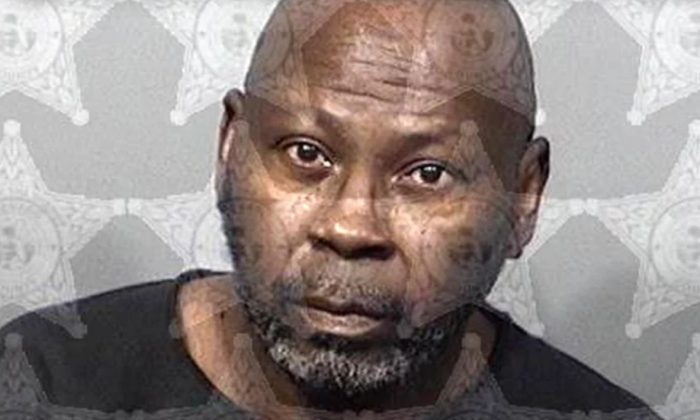 Willie Shorter, 58, was arrested on Feb. 6, 2019, years after the child was born. (Brevard County Sheriff's Office)
US News

Florida Caregiver Arrested After Disabled Woman He Was Looking After Has Baby, Say Police

A caregiver in Florida was arrested after an intellectually disabled woman had his baby at a group home, according to reports.

Willie Fred Shorter, 58, was taken into police custody on Feb. 6 on a charge of committing lewd and lascivious battery on a disabled person, People magazine reported.

“It is a really tough case,” Rockledge Deputy Chief Donna Seyferth told the publication before adding that it’s “almost hard to find words when you have a case like this.”

“Your first initial reaction is your heart really goes out to the victim and family. It just does,” Seyferth said.

Willie Shorter Sr., a caregiver, was arrested after a mentally disabled woman at the group home where he worked gave birth and a DNA test indicated he’s the father, officials sayhttps://t.co/Ud5095njQb pic.twitter.com/0VEb4GGCzR

Shorter was at the group home managed by the Bridges Foundation when he impregnated the woman, who, according to police, “has the mental capacity of that of a small child.”

The facility discovered that the unnamed woman was pregnant in January 2015 and told the police. The woman then gave birth to a baby boy in May 2015, according to reports.

Shorter denied the allegations and refused to provide a DNA sample when he was questioned, said officials.

“At the time of the initial investigation, there was not enough evidence to obtain DNA from [Shorter], and that when he was questioned, denied the allegations,” an affidavit said, People reported.

In April 2018, he eventually provided a DNA sample after the woman made a statement about the incident.

“We request it and he denied it of course,” added Seyferth. “So we said, ‘You can clear yourself if you want to give us DNA.’ He voluntarily gave the investigator DNA and we got the results back and here we are.”

“Unfortunately, forensic science doesn’t always move as quickly as we like,” she also told Florida Today. “We’re glad to be able to have some closure in the case.”

Police received the results of the test on Feb. 6, and Shorter was arrested at another group home, reported Florida Today. Shorter was “direct support staff” in charge of caring for the disabled woman and other people with developmental disabilities.

Bridges president and CEO David Cooke told Florida Today that he remained a staff member after the initial investigation in 2015 “because he was not charged with anything, but we decided he should not work at the same home.”

Shorter is no longer working at the facility.

Shorter was arrested and charged with misdemeanor battery in 1997. Those charges were later dropped, according to Florida Today.

The Arizona health care facility where an incapacitated woman was impregnated will remain open amid reports that it would close down.

The state said that keeping Hacienda HealthCare in Phoenix open will protect its vulnerable patients.

“This is good news and the best immediate outcome as it means Hacienda patients and families would be allowed to stay in the home they’ve known for years while ensuring new and enhanced protections and oversight are put in place,” Patrick Ptak, a spokesman for Gov. Doug Ducey, told The New York Times. “Due to the medically fragile condition of this community, keeping patients where they reside was always our preferred choice and the safest option for patients.”