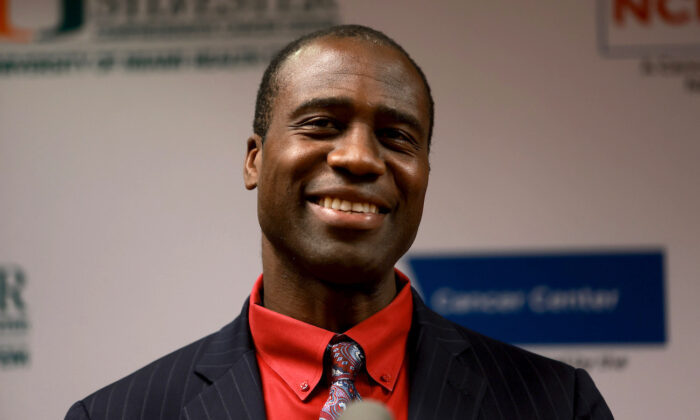 Florida Board of Medicine Moves to Ban Transgender Treatments for Minors

PUNTA GORDA, Fla.–The Florida Board of Medicine voted on Aug. 5 to advance a plan that would ban doctors from providing gender-affirming treatments such as hormone therapy and puberty blockers to youth under the age of 18.

Florida Department of Health Secretary, Dr. Joseph Ladapo acknowledged at the public hearing in Broward County, that there were “strong feelings about the issue,” but argued that current standards of care are a “substantial departure” from the “level of evidence and data surrounding the issue.”

“It is very clear that the effectiveness is completely uncertain,” Ladapo said. “I mean, maybe it is effective, but the scientific studies that have been published today do not support that.”

Ladapo agreed that findings could change in future, but said that it was unlikely, “considering what I’ve reviewed.”

Ladapo said minors experiencing gender dysphoria should instead receive counseling to address their concerns. He sent a letter to the board expressing his opinion before the hearing.

A pediatric endocrinologist, Dr. Quentin Van Meter served as an expert for the state and warned the board that a growing number of children are seeking these treatments of gender reassignment.

“This is a giant experiment on United States children,” Van Meter warned the board.

Speaking to the board, Van Meter said that Sweden, Finland, and the United Kingdom have “halted treatment” for transgender youths.

“They found that there was far more harm than any benefit in allowing these children to receive any kind of medical intervention,” Van Meter said. “There are approximately 127,000 children throughout the U.S. that are receiving gender-affirming treatment.”

Michael Haller, a professor and chief of pediatric endocrinology at the University of Florida, disagreed with Van Meter’s assessment and said that fewer children are receiving gender-affirming treatments than the public has “been led to believe” and the “numbers are not growing.”

The Florida Department of Health filed a petition in July that asked for the medical board to initiate a rule-making process on gender reassignment therapies. In addition, the Board of Medicine propelled the state Agency for Health Care Administration to prevent the Medicaid program from covering the treatments for gender dysphoria for adolescents and adults.

Gender dysphoria, as defined by the federal government, is a “significant distress that a person may feel when sex or gender assigned at birth is not the same as their identity.”

David Diamond, the board chairman, said other countries have changed their approach to the treatment of gender dysphoria.

“Do you have any sense what the scientific underpinning may be? Why they have modified their opinions, or is it your contention it was not a scientific decision but rather based upon other factors?” Diamond asked Haller.

“I think it’s impossible to fully separate the political decision-making from the science, ” Haller replied.

Haller then injected that he didn’t “trust” the state to advance its own plan.

“If the redundancy were such that it was in line with the general practices and data, then I think it would be adequate; but it’s clear that is not the intent of the state,” Haller said. “They have provided you with a recommendation for a rule that is contrary to what almost all reasonable providers of gender-affirming care and gender care, in general, would say is the standard of care.”

If the guidelines are finalized, Florida would be the only state where a medical board has barred transgender treatment for adolescents, according to Meredithe McNamara, a professor at the Yale School of Medicine.

McNamara said in a Tweet that she has “never heard of” a state medical board prohibiting such care.

“Standards of health care don’t come from states, don’t come from government,” she posted. “They come from clinical research that gets reviewed and vetted and discussed in relevant groups of experts and published and spread widely and adopted by people everywhere.”

Florida Gov. Ron DeSantis has said that children who are “prematurely” allowed to pursue [gender affirming] treatments can have “harmful lasting effects” and has called for medical professionals who perform gender reassignment surgeries on minors to face lawsuits.

“They talk about these very young kids getting gender-affirming care,” DeSantis said at a press briefing on Aug. 3. “What they don’t tell you what that is, is that they are giving very young girls double mastectomies; they want to castrate these young boys. That’s wrong.”

“You don’t disfigure 10-, 12-, 13-year-old kids based on gender dysphoria,” DeSantis continued. “Eighty percent of it resolves anyways by the time they get older. So why would you be doing this? I think these doctors need to get sued for what’s happening, I’m sorry.”