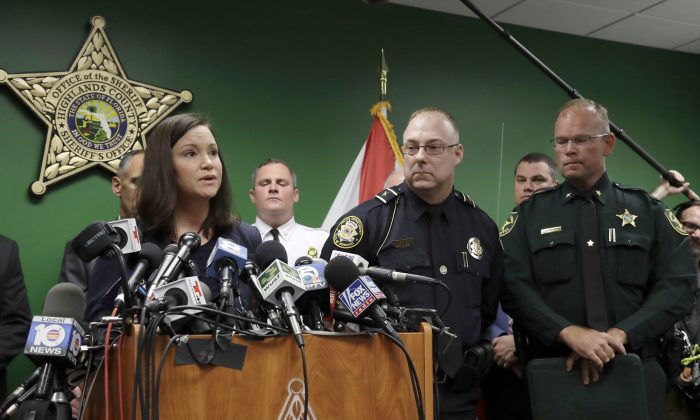 The opinion was in response to an inquiry from the Suwannee County School District as to whether the district could legally opt out of the state law and emergency rules.

“It is my opinion that the District must comply with Rule 64DER21-12 (pdf) and any other applicable authorities unless and until the judiciary declares them invalid,” Moody wrote in an advisory opinion in response to an inquiry from the Suwannee County School District.

“Students may wear masks or facial coverings as a mitigation measure; however, the school must allow for a parent or legal guardian of the student to opt-out the student from wearing a face covering or mask,” the attorney general said.

Moody also said that the judiciary “has not declared the rule to be invalid, and as such, this advisory opinion clearly states that multiple school districts are breaking the law by violating parents’ rights.”

Moody advised, “The Department is urging every school district that has mandated masks without an opt-out to promptly change its policies and comply with Florida’s rules and laws.”

Last week, Leon County Judge John Cooper ruled that Gov. Ron DeSantis’ executive order and the Department of Education’s emergency rule concerning school mask policies are unconstitutional. As a result, multiple county school districts have changed their mask policies and believe they are within their legal rights to require students to “mask up” while they are in school.

At a news conference on Sept. 1, DeSantis said the order has not yet been signed as he is planning to appeal the ruling.

An additional county at an Aug. 20, 2021, school board meeting voted 3-2 to change their mask policy and defy the governor’s executive order by only allowing a medical opt out.

Sarasota County at their meeting discussed enacting a mask mandate and drew ire from parents who wanted the opt out policy with no provisions. On Monday, the mandate went into effect and sent parents rushing to their doctor’s offices for a medical release for their children. Board members put the mandate in place for 90 days or until the COVID-19 hospital rates decrease.

Parents decided to take matters into their own hands and obtain medical releases for their children.

Multiple media reports captured parents lined up outside of chiropractor Dan Busch’s office in Venice, Sarasota County, because they had heard he was signing forms for anyone who wanted a medical opt out. There were so many opt out forms that showed up at schools after the board passed the policy that the school board thought might be “questionable.” This prompted the board to update the form to exclude chiropractors and required pediatricians and other medical professionals only to sign the opt out forms, according to board minutes.

“The school district will accept such medical certification regarding whether an individual is exempt from the emergency face mask policy only from medical doctors, osteopathic physicians, or advanced registered nurse practitioners,” Superintendent of Sarasota County Schools Dr. Brennan Asplen said in an issued public statement provided to the media.

The board’s decision to choose which doctors would be acceptable to sign such a release prompted the chiropractor to obtain legal counsel and issue a public statement issued to the media through his attorney Bryan Kessler of Venice.

“Dr. Busch is pleased that the school board conceded he was acting within the scope of his practice by amending the mask exemption form,” the statement read.

The attorney went on to say in the statement that the doctor is concerned about the “exclusion” of some medical professionals whom the board has in the past regarded as qualified to give medical diagnoses and grant medical exemptions for children who are ill and missed school, and for athletic participation.

“It seems that if the school board is taking the position that chiropractors are unqualified to sign the mask exemption forms, then it goes without saying they are likewise unqualified to determine whether a student is physically fit enough to participate in school athletics,” the attorney said through his written statement.

The Florida Department of Education issued a media release announcing their plans to investigate Sarasota and some other counties that have changed their masking policies after the judge’s ruling last week.  They are also going to withhold funds from Broward and Alachua counties for instating mask mandates with no parental opt out.

“We’re going to fight to protect parent’s rights to make health care decisions for their children. They know what is best for their children. What’s unacceptable is the politicians who have raised their right hands and pledged, under oath, to uphold the Constitution but are not doing so. Simply said, elected officials cannot pick and choose what laws they want to follow,” said Florida Commissioner of Education Richard Corcoran in a media release.