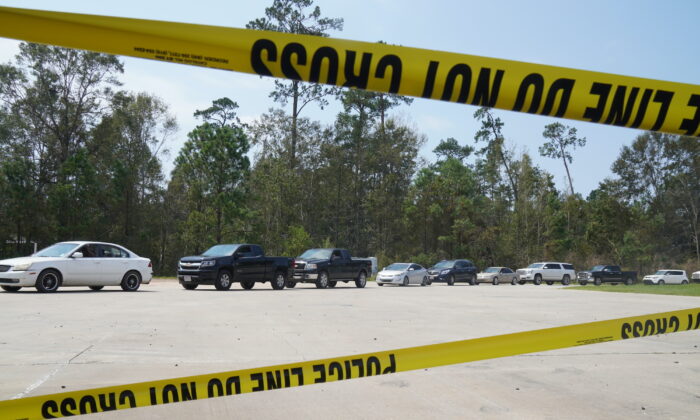 Florida Air Reserve Base Evacuated Due to Explosive Device Incident

Florida’s Homestead Air Reserve Base was evacuated on Wednesday due to an issue with an explosive device, according to local reports.

The base issued a statement on Twitter that personnel were evacuated from the facility “out of an abundance of caution due to an incident involving a damaged ordinance.”

“Base emergency personnel coordinated with local law enforcement to clear the areas surrounding the base,” Homestead Air Reserve Base said.

“Once the damaged ordinance [sic] was repaired, the all-clear was given,” the statement read, noting that no one was injured in the incident. An ordnance is a term used to describe an explosive device.

“We will be providing additional information as it becomes available. The safety of HARB personnel and the local community is our top priority,” the base added.

Miami-Dade Police said on Wednesday that it was assisting the base with traffic control in the surrounding areas.

“Please avoid the area of SW 137 Ave to Waterstone Blvd from SW 288 St to 312 St. Residents within this area, please remain in your homes,” a police statement said.

The Miami Herald reported that the ordnance was “dropped” with other explosive material into a location. An explosive device became loose and “rolled” into a location where it shouldn’t be, CBS4 Miami reported.

Residents said road closures meant they were stuck in traffic for hours.

“I was told not even residents were allowed in,” one driver told CBS4.

Another resident who had been stuck in traffic for an hour said that they had to change plans due to the incident.

“We were actually going to the base, but we can’t get on the base right now. They haven’t confirmed exactly what’s going on,” said Tangie Sands-Miller.

A source told the local news outlet that the device did not explode, but personnel were evacuated for safety reasons as the device was contained and secured.

The Herald reported that an Air Force bomb squad worked to disable the explosive.

The Epoch Times has contacted Homestead Air Reserve Base for additional comment.