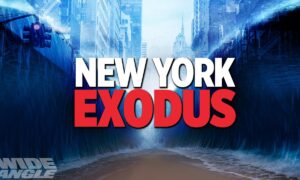 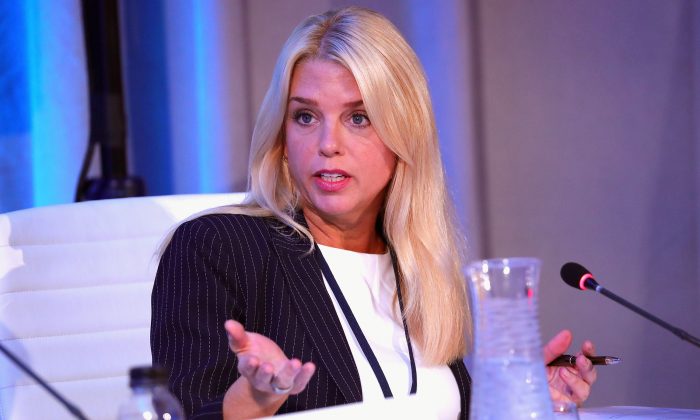 Florida Attorney General Pam Bondi ordered an investigation while criticizing the state’s head of law enforcement for inaction on multiple instances of what Bondi called “clearly documented irregularities in the conduct of election officials in Broward and Palm Beach counties in the 2018 election.”

“I am directing you to take the necessary steps to promote public safety and to assure that our state will guarantee integrity in our elections process,” she said in a Nov. 11 letter to Rick Swearingen, Florida Department of Law Enforcement (FDLE) commissioner.

The two counties face a barrage of lawsuits for their handling of the Nov. 6 midterm elections.

The FDLE previously stated it didn’t start an investigation because it didn’t receive a criminal referral from the Florida Department of State, which oversees elections.

Bondi reminded the FDLE it doesn’t need to wait for a written complaint when relevant information, including a request for an investigation, has already been widely reported in the media.

“I expect any responsible law enforcement agency … to evaluate the credibility of the source who made the verbal request, gather facts, and conduct an inquiry rather than simply citing the lack of [a] piece of paper,” she said.

Florida Gov. Rick Scott, who ran for the U.S. Senate against incumbent Sen. Bill Nelson, called for an investigation on Nov. 8 after the two heavily pro-Democratic counties kept adding early voting and absentee ballots two days after the deadline stipulated by law.

Scott finished Election Night about 75,000 votes, or 0.9 percent ahead of Nelson, but the margin dwindled to about 12,500, or 0.15 percent, by Nov. 10, mainly because of the ballots added late by Broward and Palm Beach.

The recounts must be concluded by Nov. 15; if any race ends with a margin of less than 0.25 percent, Detzner will need to order a manual recount.

Scott has filed five lawsuits against Palm Beach and Broward election officials. Two of them, filed on Nov. 8, were decided in his favor by the next day.

Scott filed a third lawsuit late on Nov. 10, alleging Broward Supervisor of Elections Brenda Snipes had continued counting some ballots after the deadline for unofficial results at noon on Nov. 10. Scott requested that any ballots counted after the deadline be disregarded, arguing their inclusion would break Florida law.

Another two lawsuits were filed on Nov. 11 (pdf).

One stated that Snipes violated her duty to report all early voting and vote-by-mail results within 30 minutes after the polls closed. It further alleged Snipes didn’t update election results every 45 minutes, as the law requires. Snipes also failed to give Scott’s campaign consistent counts of ballots received and the number of ballots remaining to be counted, the suit noted. In addition, Snipes mixed 183 valid provisional ballots with 22 invalid ones and submitted all of them as valid.

The suit also lists a number of previous incidents where Snipes ran afoul of election law.

The suit demands law enforcement to “impound and secure all voting machines, tallying devices, and ballots when not in use until such time as any recounts, election contests, or litigation … are complete.”

Scott dropped the demand on Nov. 12 in lieu of an agreement that three Broward County sheriff deputies who don’t answer to Snipes will monitor cameras in the elections office and the storage of USB drives with the election results.

The fifth lawsuit targeted Palm Beach County Supervisor of Elections Susan Bucher, alleging she violated her duty to secure the SOE facility that houses the voting equipment, ballots, and records.

“As recently as approximately 2:00 a.m. on Nov. 11, 2018, the rear door to the Supervisor of Elections’ warehouse storage facility … remained unsecure, leaving the … employees free to come and go from the facility outside of the view of any observers of the ballot recount,” the suit stated.

She also failed to allow the public to observe the counting of ballots, according to the suit.

The suit also called for impounding of voting and tallying equipment and ballots.

Several boxes apparently belonging to Snipes’s office were discovered at a school, community center, and the Fort Lauderdale-Hollywood airport. Some of the boxes were labeled “provisional ballots,” raising suspicions that some ballots were misplaced or mishandled.

Snipes’s lawyer said those were “dual purpose” supply boxes, which come to precincts with ballots inside on Election Day, but are then filled with “supplies” and returned to the SOE office. One of the boxes was opened in front of reporters, showing an assortment of items inside.

But NBC6’s Tony Pipitone said in a Nov. 12 tweet the box contained, among other things, blank ballots, referring to sheriff’s office inventory relayed to him by Snipes.

The airport box was first reported on the night of Nov. 11 by independent journalist Laura Loomer. At about the same time she broke the story, the airport was put on lockdown and the Broward Sheriff’s Office stated a bomb squad was dispatched to the airport’s Terminal 4 to inspect a suspicious package.

About an hour later, the office issued an all-clear, declaring the package “safe.”

Loomer speculated whether the bomb scare was meant to draw attention from the ballot box, which was found in a rental car in a Terminal 1 garage. The car was returned earlier by Noah Holliman, a Fort Lauderdale union worker, according to his Facebook page, where he has a picture posing with Gillum.

The Broward County Sheriff’s Office, the FDLE, one of Scott’s lawyers, and Holliman didn’t respond to requests for comment.