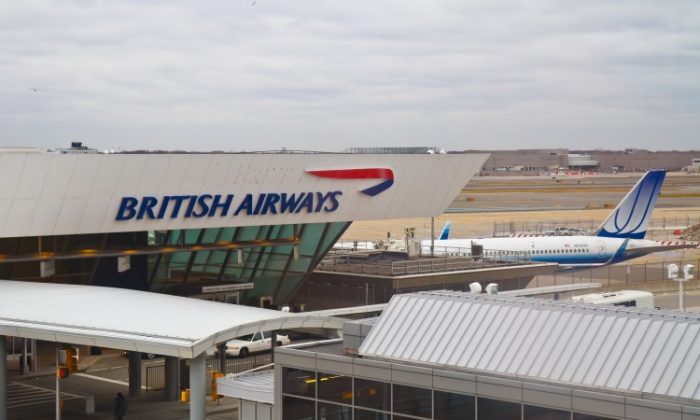 The John F. Kennedy Airport in Brooklyn, New York, was evacuated Sunday after a water main broke, flooding parts of the facility.

The main break forced the airport to suspend international flight arrivals, adding to the countless delays and cancellations over the past several days, Reuters reported.

Water poured from the ceiling into a check-in counter and covered a large swath of the floor of Terminal 4, according to live footage from CNN.

“There are about 3 inches of water inside the west end of Terminal 4, we have maintenance crews on the scene mopping and cleaning up,” Scott Ladd, a spokesman for the Port Authority, told Reuters in an email.

The airport on Twitter wrote that travelers should check with their airlines before they arrive.

As of 4 p.m. local time, the JFK Airport wrote on Twitter that there are “no international arrivals at this time,” but that “international departures are not affected.”

The AirTrainJFK is operating normally, taxis have been rerouted to the departure level, and there is “heavy” traffic into Terminal 4.

CBS News reported there were no injuries reported in the incident.

The harsh storm and cold started on Thursday “created a cascading series of issues for the airlines and terminal operators over the weekend,” the Port Authority told NBC News.

“These included frozen equipment breakdowns, difficulties in baggage handling, staff shortages, and heavier than typical passenger loads,” the statement said. “These challenges left passengers on planes for extensive periods, as the airlines and terminal operators experienced delays in getting aircraft in and out of gates,” the statement added.

I leave you with this last photo of JFK baggage claim (one of three roped off sections that look like this) pic.twitter.com/n9EUo6jLEo