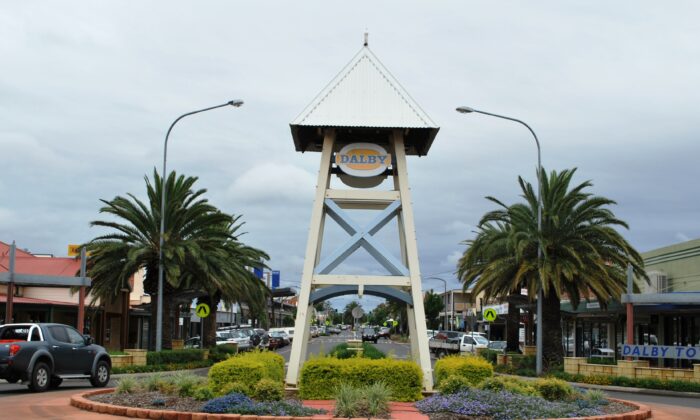 The flood risk for a regional Queensland town has subsided after earlier fears that lives and properties could be at risk.

The town of Dalby, northwest of Brisbane, had been warned of potential flooding after heavy rainfall in the region.

While the flood risk has now been downgraded to minor, residents remain watchful that the waterway running through the town will break its banks.

The Bureau of Meteorology had forecast Myall Creek to peak at 3.1 metres early on Sunday morning. The creek’s banks break when the water level reaches 2 metres, but it needs to reach 3.5 metres before floodwaters threaten homes.

The town has a history of devastating floods. In January of 2011, Dalby resembled a dam with many parts of the town under water.