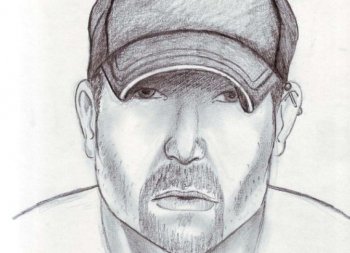 Composite sketch of the flint stabbing suspect believed to have stabbed 20 people across three states. (Michigan State Police)
US

Cheryl Wu
View profile
Follow
biggersmaller
Print
A suspected serial stabber believed to be responsible for at least 20 attacks and five deaths in three states was arrested Wednesday in Atlanta, after attempting to flee the country for Israel.

The Associated Press reported that the suspect police have in custody is Israeli immigrant Elias Abuelazam.

“While this is a key step in the investigation, there are still many issues that need to be addressed before we identify this individual as the person responsible for this horrific crime spree,” said officer Chris Jones of the Leesburg Police Department in a statement on Thursay. “All agencies and investigators continue to work closely to bring this investigation to a successful conclusion.”

The first 16 reported stabbings occurred at night during the past two months in the Flint area, said Michigan State Police. The group created a composite sketch on Aug.6 to help capture the suspect.

Victims were reportedly “smaller-framed black males, ranging form 17 to 60 years of age,” according to the Michigan State Police.

The state police asserted that the suspect conversed briefly with his victims before coming within reach and stabbing the victim repeatedly.

Last week, two stabbings in Leesburg were believed to be connected to the same serial stabber. The town police previously offered a $5,000 reward for information related to the suspect.

The most recent stabbing case occurred in Toledo this past Saturday, according to authorities in the city.

The Flint killer was caught attempting to board a flight to Tel Aviv, the financial center of Israel, by U.S. Customs and Border Protection officers.