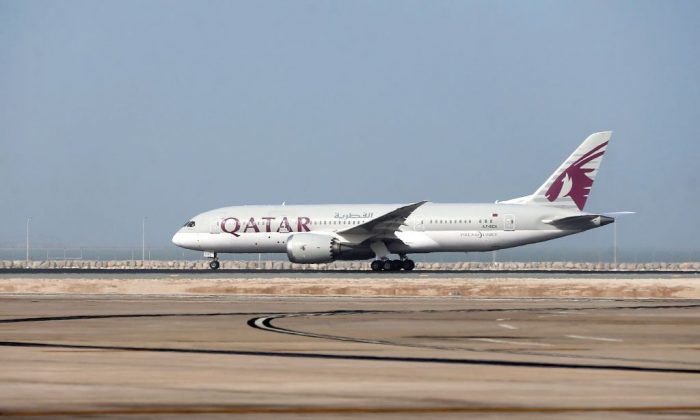 A flight had to be diverted when a woman became unruly on learning—mid-flight—that her husband was having an affair.

According to reports, the woman had already been drinking before she boarded the flight from Iran to Bali on Sunday, Nov. 5. When her husband fell asleep, she managed to unlock his phone and uncovered evidence that he had been cheating.

The Hindustan Times said Indian security officials confirmed that the flight had been diverted to Chennai in India to offload a drunk Iranian woman.

She had flown into a rage after unlocking her husband’s phone by pressing his thumb against the screen as he slept. The pilot requested permission to divert and land at Chennai as she refused to settle down and cooperate with the flight crew.

According to the Hindustan Times, a security official said on condition of anonymity, ”On November 5, at about 10 a.m., Qatar Airways flight QR-962 (Doha-Bali) was diverted to Chennai.”

“A lady along with her husband and a child, all Iranian nationals, were offloaded by Qatar Airline as the lady passenger (who was intoxicated) misbehaved with crew members inflight. They were sent to Kuala Lumpur by Batik Air flight 6019 for further travel to Doha,” said the Central Industrial Security Force (CISF) official.

“The family spent the day at Chennai airport and was sent to Kuala Lumpur by a Batik Air flight. No police action was taken,” the officer said.

The Times of India reported that Qatar Airways said in a statement, “In respect of passenger privacy we do not comment on individual cases.”