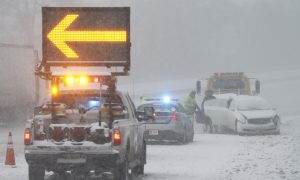 At Least 25 Killed in Snowstorm-Related Deaths
0 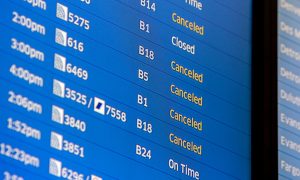 Airlines Start to Cut Monday Service in Wake of Snowstorm
0 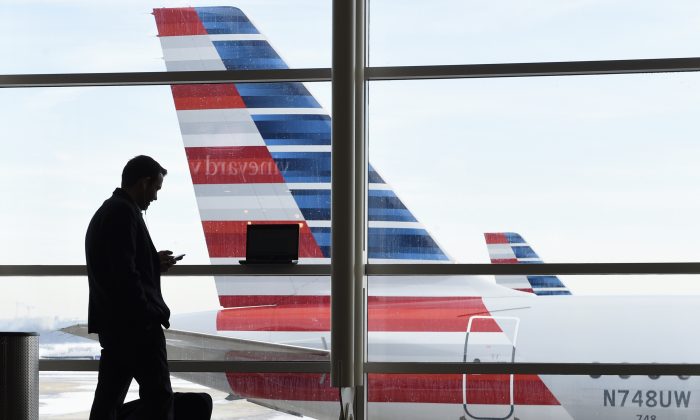 Ryan Parks of Arlington, Va., talks on the phone as he waits for his flight to Boston at Washington's Ronald Reagan National Airport, on Jan. 25, 2016. (AP Photo/Susan Walsh)
US

Flight Cancellations, Delays Persist in Wake of US Blizzard

NEW YORK—Airlines canceled around 1,600 flights Monday, and another 1,200 experienced delays, in the aftermath of a massive weekend blizzard that slammed into the eastern U.S., wreaking havoc on travel in the nation’s busiest cities.

Even as the airlines resumed operations, the remnants of the storm posed problems. For instance, Delta said snow continued to hamper operations at LaGuardia and Newark airports.

On Monday, airports in the New York City area and Washington D.C. metro areas suffered the highest number of cancellations. For some travelers in those locations, getting home continued to be an adventure.

Newark Liberty International listed 260 canceled flights and 48 delays as of Monday afternoon, the most of any U.S. airport, according to the flight tracking service FlightAware. Meanwhile, LaGuardia listed 177 canceled flights and 30 delays with John F. Kennedy airport listing 46 cancellations and 40 delays.

John Escobar, 27, finished a three-month work contract surgical technician at New York Presbyterian/Lawrence Hospital in Brooklyn on Friday and has been trying to get home to Fort Lauderdale ever since.

Escobar had flights canceled Saturday and Sunday. He booked a flight Monday on American Airlines, but there were no direct flights for under $1,000, “so I’m flying to Boston, then Charlotte, then home.”

Among the major airlines, United Airlines, which is owned by United Continental Holdings Inc., suffered the brunt of cancellations as it has key hubs at both Newark Liberty and Washington Dulles. There are already more than 200 flight cancellations for Tuesday, with the bulk from United Airlines’ regional carrier United Express at Washington Dulles.

Airlines Start to Cut Monday Service in Wake of Snowstorm

Overall, airlines canceled about 13,000 flights for the five-day period Friday through Tuesday.

The storm dropped snow from the Gulf Coast to New England, with near-record snowfalls tallied from Washington, D.C. to New York City. At least 31 people have died as a result of the snowstorm. The deaths occurred in car accidents, from carbon monoxide poisoning, and from heart attacks while shoveling snow.