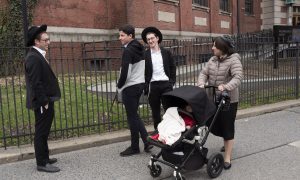 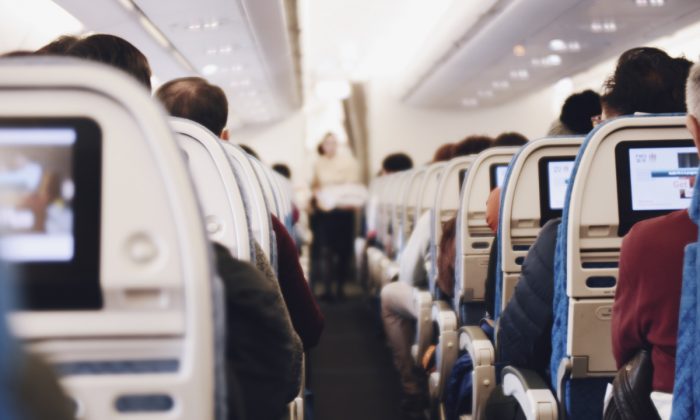 Flight Attendant, 43, a Mother-of-3, Dies After Contracting Measles And Falling into Coma

An Israeli El Al flight attendant who contracted measles after taking a flight from New York to Israel, passed away this week after spending four months in a coma, according to Israeli officials.

The mother-of-three, Rotem Amitai, 43, died on Aug. 13 at the Rabin Medical Center-Beilinson Campus in Petah Tikva after months of hospitalisation, a spokeswoman for the hospital told AFP.

Amitai worked as a flight attendant for the Israeli airline El Al and began to feel unwell after taking a flight to Tel Aviv in late March, according to local media reports.

Israel’s Ministry of Health has said it is unclear whether the 43-year-old contracted the disease in New York or in Israel, reported CNN. However, according to CBS News, a state of emergency was declared in a Rockland County—about 40 miles north of New York City— around the same time because of a measles outbreak.

“El Al flight 002 departed from [John F.] Kennedy Airport, New York City on March 26, 2019, and arrived in Israel on March 27,” the ministry said in a public statement dated April 4. “Passengers and flight crew: if any of you develop a fever, you need to notify your medical doctor of exposure to a measles patient.”

Measles symptoms tend to appear 10 to 12 days after exposure, and initial symptoms including a high fever, red, watery eyes, a runny nose, and a cough.

A 43 year-old mother and Israeli flight attendant has died after contracting measles. She had been vaccinated as a child, but like many people her age, had only received one dose. https://t.co/BPldNrnHf2

Amitai was admitted to a hospital a couple of days after experiencing symptoms of the disease, and eventually fell into a coma after suffering from encephalitis—a complication of the disease which causes brain swelling.

“The immediate cause of death was not defined as measles,” the Israeli health ministry said in a statement. “However, the disability (caused by) the disease was a secondary cause.”

In a statement, Amitai was described by her family as a “wonderful woman” and a “devoted mother.”

“We are grieving and mourning her passing before her time,” the statement read.

The mother’s employer expressed its grief over her death, which is the third measles fatality in Israel in the past 15 years. The airline said it is working to ensure its staff are fully vaccinated against the virus.

“El Al mourns the death of a member of the airline’s flight crew. We have taken steps to have our air crews inoculated,” it said in a statement.

“We extend our deepest condolences to the bereaved family and will continue to stand by them.”

The 43-year-old’s death came after an 82-year-old woman and an 18-month-old child died from the disease last year, according to the Times of Israel.

WHO/@UNICEF: around 20 million children are not currently receiving any #measles vaccines through national vaccination schedules.
Meanwhile, 23 countries have yet to introduce the second vaccine dose. https://t.co/u3TPesxLJB #VaccinesWork pic.twitter.com/3cABA6FhEQ

Amitai’s death came as the World Health Organization (WHO) announced in an Aug. 12 report that measles cases around the world are at its highest levels since 2006.

New York City declared a public health emergency on April 9 over a measles outbreak centered in an ultra-Orthodox Jewish community and ordered mandatory vaccinations in the neighborhood.

Mayor Bill de Blasio announced the controversial order amid what he said was a “measles crisis” in Brooklyn’s Williamsburg section, where more than 250 people have gotten measles since September. Officials blamed the outbreak on “anti-vaxxers.”

The order applies to anyone living, working, or going to school in the neighborhood and requires all unvaccinated people at risk of exposure to the virus to get the vaccine, including children over six months old.

The Epoch Times reporter Richard Szabo contributed to this report.