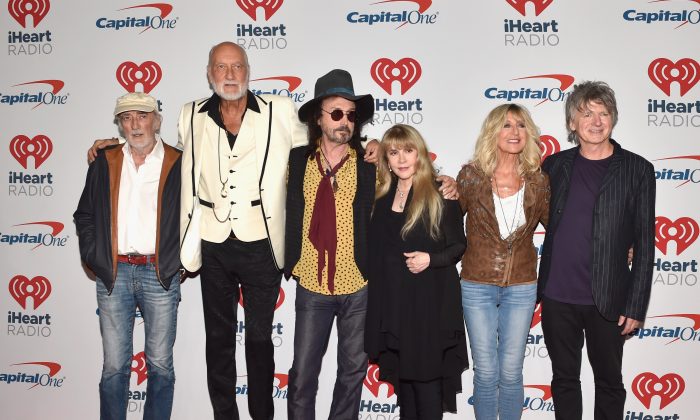 Fleetwood Mac on Kicking out Lindsey Buckingham: ‘We Weren’t Happy’

Months after it was announced that longtime member Lindsey Buckingham would leave, Fleewood Mac’s Mick Fleetwood explained why.

Buckingham, a guitarist and singer, joined the band in 1974, was kicked out in April 2018, and he was replaced by two musicians. Angered over his firing from the band, Buckingham sued Fleetwood Mac, and the lawsuit was later settled out of court.

“We weren’t happy—[happy] sounds almost like too light of a word to use,” Fleetwood told the New York Post. “It just wasn’t a happy situation anymore, really for everyone.”

He added that it was a complicated issue.

“It was a huge event in terms of the dynamic that affected everyone,” he added. “He’s been a major part of the story, which did start for me and John [McVie] in 1967 … We’ve been doing Fleetwood Mac storytelling, as it were, with 18 different people in Fleetwood Mac since we started.”

The Post noted that fans will likely still hear his hits like “Don’t Stop” and “Go Your Own Way.”

“We do a couple of Lindsey’s songs, in the same way as when Christine [McVie] was not with us … we would always do a couple of her songs,” said Fleetwood.

“But it wouldn’t be appropriate to be banging out, like, 20 songs of Lindsey’s. The lucky thing is, we’ve got this feast of [material] between Stevie and Christine. A song shortage is not our problem.”

He added that the band isn’t skimping on their live sets while on tour.

“We do nearly three hours of music,” Fleetwood added. “Mike was like, ‘Oh, my God, that’s way longer than Tom Petty ever did!’ Many facets have to be represented during the show, which is the story of Fleetwood Mac.”

According to Rolling Stone in February, Buckingham underwent emergency heart surgery that also caused damage to his vocal cords.

“He is now recuperating at home and each day he is stronger than the last,” his wife Kristen Buckingham said. “While it is unclear if this damage is permanent, we are hopeful it is not.”

The last time he played with Fleetwood Mac was in January 2018.

"Fleetwood Mac are NEVER the same without Lindsey Buckingham."

“The past year has been a very stressful and difficult year for our family to say the least,” Kristen said following the health scare. “But despite all this, our gratitude for life trumps all obstacles we have faced at the moment. We feel fortunate he’s alive.”

According to Vanity Fair, singer Stevie Nicks, who joined the band the same year as Buckingham, was embroiled in a feud with him before he departed.

“Our relationship has always been volatile,” Nicks told Rolling Stone last year. “We were never married, but we might as well have been. Some couples get divorced after 40 years. They break their kids’ hearts and destroy everyone around them because it’s just hard. This is sad for me, but I want the next 10 years of my life to be really fun and happy.”

The two were once involved in a relationship in the 1970s.

The band got Mike Campbell, a former Tom Petty and the Heartbreakers guitarist, and Neil Finn of Crowded House to replace Buckingham.

“Words like ‘fired’ are ugly references as far as I’m concerned. Not to hedge around, but we arrived at the impasse of hitting a brick wall,” Fleetwood said last year. “This was not a happy situation for us in terms of the logistics of a functioning band. To that purpose, we made a decision that we could not go on with him. Majority rules in term of what we need to do as a band and go forward.”