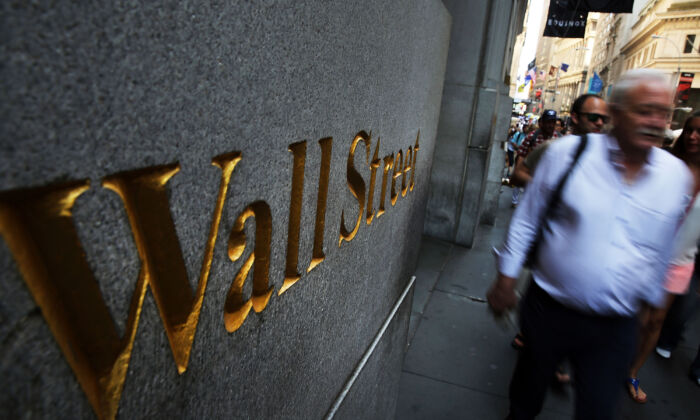 Fleeing From Control or Raising Capital? Chinese Companies Pile Into US Stock Market

The number of China-based companies that rushed into the U.S. stock market hit a 10-year high in 2020, even as several others were removed, according to a study by the University of Florida.

Political commentator Li Linyi said the Chinese regime wants to raise capital in the United States through these companies to support its technology and military.

Several big companies were delisted by the New York Stock Exchange (NYSE). More were removed by index providers including MSCI, FTSE Russell, and S&P Dow Jones Indices, in response to the ban on investment in Chinese regime military-owned or -controlled companies.

However, the threat of shutdown has not dampened the appetite of Chinese companies to list on U.S. exchanges.

In 2020, 30 companies came to the United States to complete an initial public offering (IPO), the highest number since 2011, raising an estimated $12.1 billion, the highest amount since 2014.

As of March 18, 238 Chinese companies were listed on U.S. stock exchanges, with almost $1.9 trillion in market capitalization, based on data from StockMarketMBA.com.

More Chinese companies are lining up to go public in New York. One of the largest private equity firms, Hony Capital, is among them.

The China-focused Hony Capital seeks to raise $300 million to apply for listing a special purpose acquisition company on the Nasdaq.

The company was launched in 2003 by Legend Holdings, better known as computer maker Lenovo, and invests in areas like pharmaceutical and health care and consumer products.

It has been focusing on the restructuring of China’s state-owned enterprises (SOE).

Up to 2018, Hony had stakes in 33 state-owned firms, investing 19 billion yuan ($2.9 billion) over the past 15 years, according to Managing Director Guo Wen, in an interview with Shanghai Stock Exchange news on Nov. 6, 2018.

Guo was the former general manager of the Hony Horizon Fund, founded by Hony Capital on Jan. 31, 2018.

Guo explained the new fund with the focus on SOE was to pursue long-term appreciation from stable investments. He expected state-invested 5G infrastructure and the military-related industry to perform strongly.

A man named LT, a U.S.-based investment company founder from China with experience in market analysis and investment, told Chinese-language VOA that Hony Capital would accumulate capital from listing in the U.S. market for Chinese SOE.

As a leading equity investment institution, Hony Capital has assets under management exceeding 50 billion yuan ($7.65 billion), but the return on invested capital is only seven percent, according to his analysis.

Since Hony follows the regime’s policy to invest, LT added, it could be an attempt to defy the ban on investing in the Chinese Communist Party’s (CCP) military companies through capital flows.

Unlike private science academies in the United States, CAS is a national research institution in China’s one-party state and is not run independently of the CCP. Instead, half of its funding comes directly from the Chinese regime. Backed by state resources, it aims at supporting the CCP’s development plans.

After Chinese leader Xi Jinping’s visit in 2014, CAS launched the Pioneering Initiative, a talent-recruitment plan for developing CAS as the nation’s science and technology think tank.

At a press conference on Sep. 16, 2020, when the president of CAS, Bai Chunli, introduced the achievements of the first phase of the Pioneering Initiative, he emphasized the Type-C program, including research on supercomputing systems, network security, and bionic synthetic rubber, targeting “stranglehold problems.” The phrase implies technology that is restricted from being imported to China from the United States.

Bai mentioned that the second phase of the Pioneering Initiative would follow the regime’s 14th five-year plan, a social and economic blueprint for 2021-2025 which priorities scientific and technological self-reliance.

Highlighted in the regime’s 14th five-year plan, the party encourages the acceleration and development of technology frontier fields and digital economy industries.

The Wire China report on Feb. 28 indicated that 26 Chinese companies flocked to the Nasdaq in 2020, hitting a 10-year high.

Based on the data it provided, eight newcomers focused on biological breeding, AI tech, cloud computing, and augmented reality.

Of the two in cloud computing, in May Kingsoft’s Cloud raised $510 million in IPO, and Agora, which provided a development kit to build real-time voice and video, raised $350 million in June.

Political commentator Li Linyi suggests capital is driving the push to Wall Street—the Chinese regime wants to raise money from the United States to support its technology and military-related areas.

Once they go public in the United States, they are able to raise money, at least during the three years before being removed. Li explained that HCFA removes Chinese companies from the U.S. exchanges if they fail to comply with American auditing standards three years in a row.