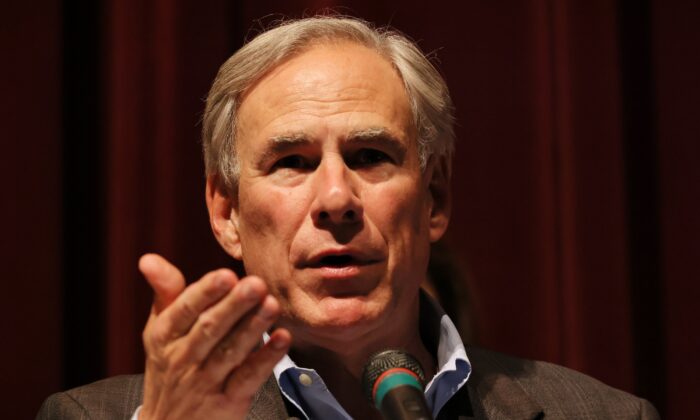 It came a day after Adams said the city would launch legal action against the Lone Star State over the busloads of migrants sent to the Big Apple on an almost daily basis for over a month, during his appearance on CBS 2.

“Our legal team is looking at legal challenges we could do with Texas,” the Democrat mayor told the news outlet after another six buses filled with illegal immigrants arrived in New York on Sunday morning. “We believe there are some options we have, because when you involuntarily place someone on a bus, we believe that actually skates the law,” Adam said.

An Abbott spokesperson defended the legality in a statement provided to Fox News, as migrants “willingly chose to go to New York” by signing a voluntary consent waiver upon boarding.

The Mayor of El Paso, Oscar Leeser, has sent at least 1,135 illegal aliens on 28 buses to New York since Aug. 23, as the city was overwhelmed by around thousands of new arrivals per day; The White House confirmed in October 2021 that the Biden administration has been flying unaccompanied children from the southern border to New York in the middle of the night.

“Instead of complaining about a couple thousand migrants being bused into his self-declared sanctuary city and using these migrants for political attacks,” Eze said, “Mayor Adams should call on President Biden to take immediate action to secure the border—something the President continues failing to do.”

The Epoch Times reached out to Adams’ office for comment.

Texas has bused over 2,500 migrants to New York since Aug. 5, in addition to over 8,000 migrants to Washington since April and more than 600 to Chicago since late August. Abbott’s office said the busing mission is providing much-needed relief to its overwhelmed border communities, while protesting President Joe Biden’s open-border policies.

The drop-off policy stemmed from the Biden administration’s move to lift a Trump-era emergency public health order, known as Title 42, which had allowed for the quick expulsion of asylum-seekers entering the country during the COVID-19 pandemic.

The governor also announced on Sept. 15 the arrival of two buses of migrants from Texas outside Vice President Kamala Harris’ residence at the United States Naval Observatory in Washington. The vice president had claimed the southern border was secure and denied the existence of a border crisis during her recent trip to Houston.