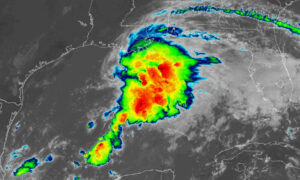 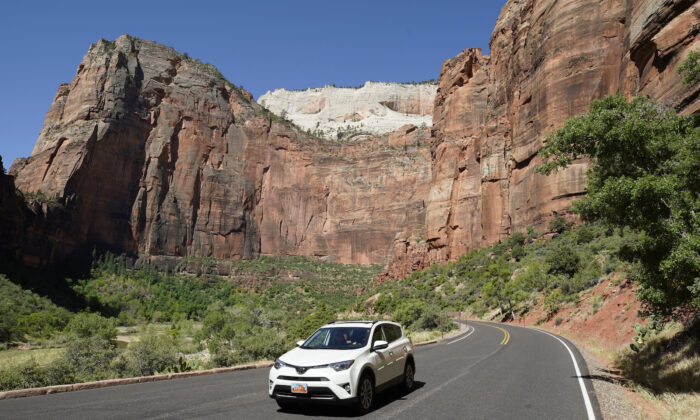 A lone car makes its way down a road in Zion National Park in Springdale, Utah, on May 15, 2020. (George Frey/Getty Images)
US News

Zion National Park officials and business owners in a nearby tourist town were still cleaning up and assessing the damage Thursday from a massive flash flood that ripped through the popular red rock park, sending mud and debris onto streets. No injuries were reported.

Tuesday’s flash flood hit an area in the southern portion of the park with buildings, allowing people to take shelter from the water and the hidden debris, such as logs and rocks, it can often carry, park spokesperson Amanda Rowland said.

In 2015, seven hikers were killed there when a storm flooded a narrow canyon.

Roads have been cleared in the park, allowing cars and park shuttles to get around but drivers were being asked to drive carefully and to go slowly around equipment, Rowland said. Shuttle buses were not running in neighboring Springdale, where debris was still being removed, she said.

When the rain started, Stacy Cathey and her husband, Rodney Smith, of Atlanta, who were visiting the park with another couple, were in a van in a parking lot at the entrance Springdale, which they said filled up like a swimming pool within about 20 minutes, KSTU-TV reported.

They were at the bottom of the lot and realized they needed to get to higher ground to avoid being trapped, Smith said.

Zion and the rest of the U.S. Southwest experiences monsoon season during the summer in which afternoon thunderstorms can bring heavy rain. Since many visitors to Zion also travel to other national parks in Utah, Rowland urged them to check the daily flooding potential for the parks in deciding when to visit each one.