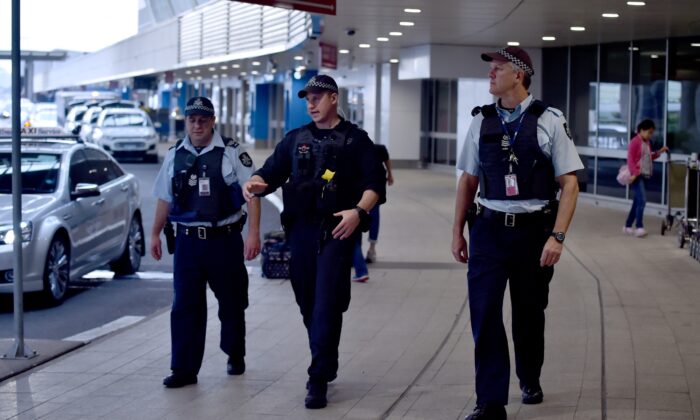 Police walk outside the international terminal as they patrol Sydney Airport on July 31, 2017. (PETER PARKS/AFP via Getty Images)
Australia

A five-year-old boy has been punched in the face by an unknown man while walking in Sydney’s inner west.

The attack occurred when the boy and his nine-year-old brother were holding hands with their grandmother while walking along Bridge Street in Glebe about 4.20pm on Oct 20.

The man continued walking along Bridge Street after the attack, NSW Police said.

The child had bruising to the chin but did not require medical assistance.

Officers are asking anyone with information or dashcam vision of the incident to contact them.