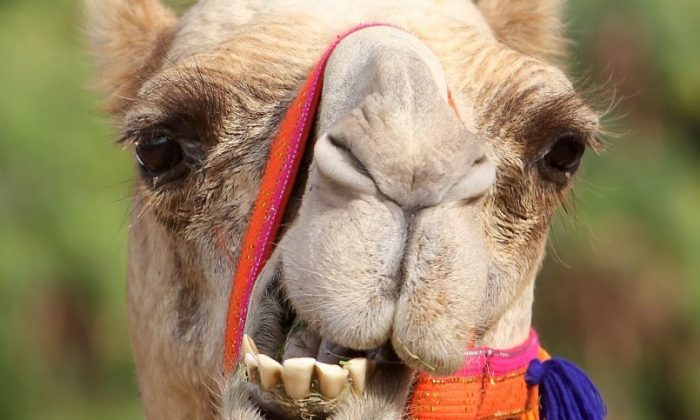 Camels are best known for being hardworking animals that can survive for long periods without eating or drinking. Their habitat is the desert, and they are found in the Middle East, Central Asia, Africa, and Australia. Camels have a long history of benefiting humans, and have been considered of great value to their owners. They have been used for personal transportation and carrying loads, as well as for food and clothing. The following are some of the ways camels are still being used.

Just like horse racing, professional camel racing is an event for attracting tourists and betting. It is popular in many countries, such as Pakistan, Saudi Arabia, Jordan, the United Arab Emirates, and Australia. Camels can reach speeds of up to 40 mph, and are bred with an eye to characteristics that increase speed, such as long legs and small hooves. There are annual races and festivals such as the Camel Cup in Australia, and The Annual Grand Festival of the Genuine Arab Camels in the United Arab Emirates.

Camel’s milk is said to be closer to human milk than that of any other species. Slightly saltier than cow’s milk, it is rich in vitamins B and C and contains 10 times the iron of cow’s milk. Drinking camel’s milk is quite popular in the Arab world, and the milk is also made into products such as cheese and yogurt. In addition to its high mineral and vitamin content, the lactoferrin in milk has antibacterial, antiviral, and anti-tumor properties, so it helps fight diseases such as cancer, HIV/Aids, hepatitis C and Alzheimer’s. Camel’s milk is also a popular treatment for diabetes.

When we hear the word polo, the first thing that comes to mind is horses. But camels are also used to play this game. Camel polo is played in Mongolia, Rajasthan, Dubai, and now for the first time, in Europe. Camel polo follows nearly the same rules as standard polo. It is played with groups of 8 to 60. One of the players sits in front of the hump and controls the camel while the other participant is in back and hits the ball. Camels sometimes spontaneously lie down, or koosh, during the game, and two “lie downs” are permitted per camel.

Have you ever ridden a camel? If not, it’s definitely worth a try if you get the chance. Tourists enjoy camel rides because it is an experience unique to countries that have camels. In Australia on camel safaris, tourists can get a better appreciation of local wildlife and the unique feeling of journeying by camel. In the United Arab Emirates, there are desert safaris where tourists can experience such things as camel treks, sand skiing, quad biking, and sunset photography.

Like camel’s milk, which is said to be better for you than cow’s milk, the meat is also said to be healthier than beef. It is superior not only to beef, but medical research has shown it to be better than other kinds of meat, too, though aesthetically it is rather rough and tough. The meat contains less fat and more protein than beef, so it reduces the risk of heart disease, and it also has more iron than beef.

Camel meat has been shown to protect against cancerous tumors. It also contains energy needed to restore the body after exhaustion and fatigue, being rich in glycogen—it even tastes sweet. Yet camel meat is low in fat, so it is also recommended for weight loss.