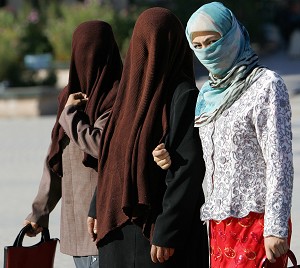 WASHINGTON—Chinese officials reported that five Uyghur Muslims from remote parts of the northwestern China, have been handed the death penalty for “conducting separatist activities.”

According to a statement released by the China state news agency, Xinhua, on November 11, the Kashi Intermediate People's Court in Xinjiang Province also sentenced another man to life in prison for the same offence.

Xinhua stated that two of the five men had been sentenced to death with a two-year reprieve—at which time if they repent their actions and exhibit good behavior during this probationary period, their death sentence may be reduced to life in prison.

Chinese officials said these six men are members of a terrorist organization. China has been strongly oppressing the Uyghur ethnic group, and accusing them of attempting to start an independent country in Xinjiang.