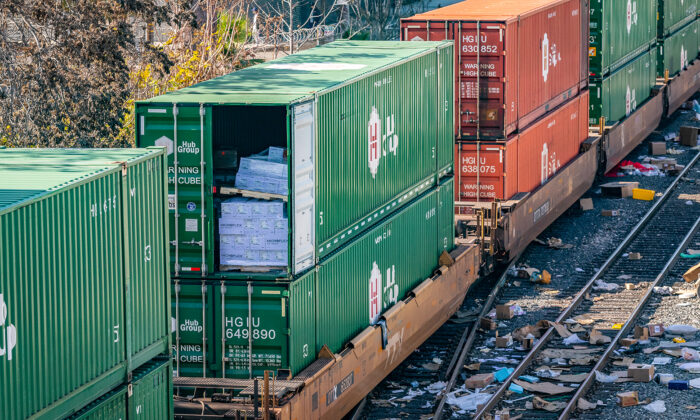 Officers were sent to 190th Street and Hawthorne Boulevard about 11:30 p.m. on Sunday, the Torrance Police Department reported.

“The reporting person observed … suspects carrying boxes from the train cars,” police said in a statement. “Officers arrived on scene and quickly detained one subject. While searching the area of the train cars on the railroad tracks, they detained four more suspects.”

The suspects, whose names were not immediately available, were arrested on suspicion of burglary, according to the police. An unknown number of stolen small generators still in boxes were recovered by the police.

“During their investigation, officers located train cars that had the locks cut and forced opened,” police said. Several train cars were found to have property missing.

To combat the “dramatic increase” in the number of rail car thefts reported recently, the Torrance Police Department encourages the community to report any suspicious activity—“See Something, Say Something”—since the arrests in this incident were made possible by “[the police department’s] partnering with citizens,” according to a Feb. 1 press release.