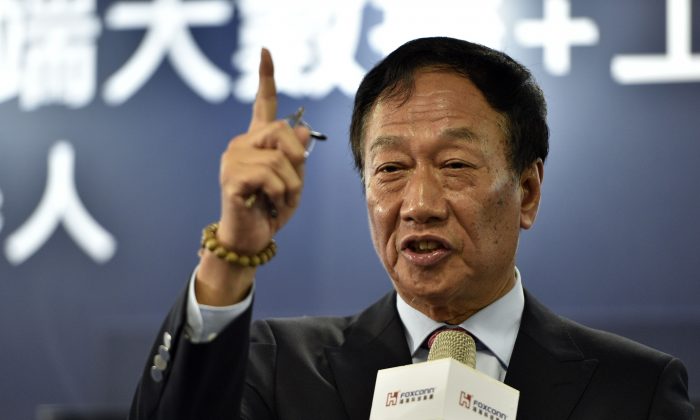 Foxconn, the largest contract electronics maker in the world, plans to invest $10 billion in the United States with an eye on these five states: Wisconsin, Ohio, Michigan, Pennsylvania, and North Carolina.

The final decision will come in July, the company CEO Terry Gou announced at a shareholders meeting on June 22, Reuters reported.

The investment would come in over five years in the construction of a display factory, heralding the revival of an American TV manufacturing industry virtually dead for over two decades.

Sharp previously announced a plan to invest $7 billion to build a display factory in United States.

Foxconn employs a million people in China, where it manufactures an array of popular electronics. It is probably best known for manufacturing Apple products, including iPhone and iPad.

“In the U.S., the state governors’ sincerity and confidence to attract investment … is beyond my imagination,” he said.

President Donald Trump has encouraged businesses to move their manufacturing to the United States, praised companies that have done so, and promised repercussions for those that move jobs abroad.

The display industry is well positioned for local production partly because of people’s appetite for large screens. As the screen size of affordable TVs increases, shipping them across the ocean becomes increasingly impractical.