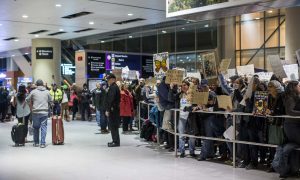 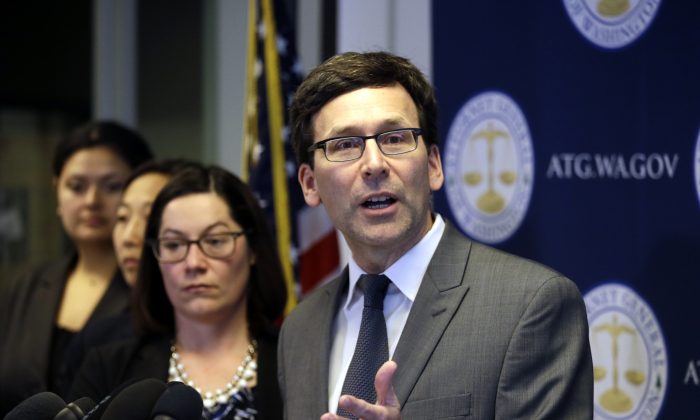 Hawaii launched a lawsuit against Trump’s new executive order on March 8, while Washington is asking a federal judge to extend the halt issued last month on the old ban so that it covers the new ban too.

Trump’s revised ban bars new visas for people from six countries—Somalia, Iran, Syria, Sudan, Libya, and Yemen—designated by Congress and the Obama administration as “countries of concern” for a “growing threat from foreign terrorist fighters.” Iraq was taken off the suspended list. Trump’s order also shuts down the U.S. refugee program for 90 days.

Unlike the initial order, the new one explicitly states that current visa holders won’t be affected, and removes language that would give priority to religious minorities.

A period of 10 days was given for the rollout, mitigating the chaos and protests surrounding the first executive order on Jan. 27.

Hawaii Attorney General Doug Chin said that the state could not stay silent on Trump’s travel ban because of Hawaii’s unique culture and history. He said Hawaii depends heavily on tourism, and the revised ban would hurt the state’s economy.

In the original lawsuit targeting the first ban, Washington Attorney General Bob Ferguson said it was unconstitutional and hurt the state’s businesses and universities.

Ferguson said it’s not the government, but the court, that gets to decide whether the revised order is different enough that it would not be covered by the previous temporary restraining order.

“We feel very confident with how that was crafted and the input that was given,” Spicer said.

On March 6, Homeland Security Secretary John Kelly said that “Americans are not invulnerable to terrorist threats, and that our enemies will exploit our freedoms and generosity to harm us.”

“We cannot risk the prospect of malevolent actors using our immigration system to take American lives,” he said.