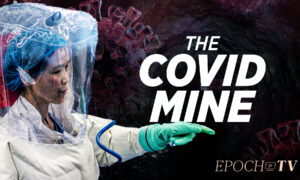 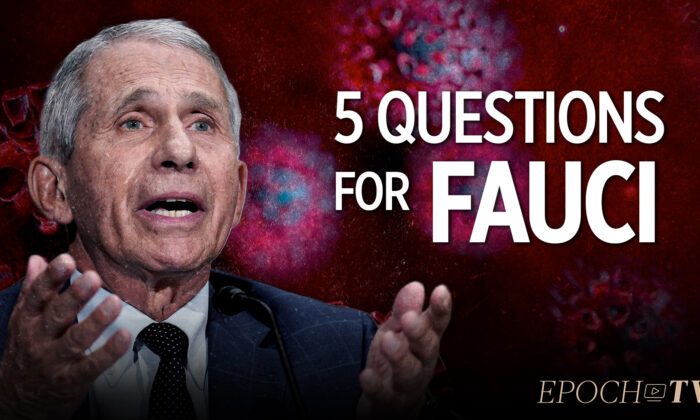 In a must-watch episode of “Truth Over News” titled “Five Questions for Fauci,” Jeff Carlson and Hans Mahncke break down the pattern of lies regarding the coronavirus pandemic and the crucial questions Anthony Fauci needs to answer.

Anthony Fauci, an American physician-scientist and immunologist serving as the Director of the National Institute of Allergy and Infectious Diseases and the Chief Medical Advisor to the President, has been caught in a repeated web of lies since the beginning of the COVID-19 pandemic. In this episode, Carlson and Mahncke emphasize how Fauci has repeatedly lied to President Donald Trump, Congress, and the American public. Most of these lies revolve around the virus’s origins and the role Fauci himself played in funding the gain of function work done at the Wuhan Institute of Virology. Although it’s not possible to cover all of Fauci’s lies, this episode takes public clips of Fauci’s own words and asks crucial questions that Fauci and those behind him should be held accountable for.

Question 1: Why did Fauci continue funding the lab while at the same time predicting an impending pandemic?

At the start of 2017, Fauci warned that the Trump administration would likely face the threat of a deadly pandemic or surprise outbreak. What Fauci did not say was that he knew of this real danger because he was the one funding dangerous gain-of-function experiments at the Wuhan lab of SARS-like coronaviruses.

Although he deemed it unnecessary to make this disclosure, the French government, who helped build the Wuhan lab, felt differently. The French government chose not to share information with China and even warned the United States that the Wuhan lab could one day be transformed into a biological arsenal. Fauci needs to be asked why he failed to disclose that the lab spent years retrieving thousands of virus samples from an abandoned mine, including a new virus that would later prove to be the closest known genetic match to COVID-19.

Question 2: How did Fauci respond to reports of poor safety standards at the Wuhan lab and what safeguards did he put in place to ensure that the work he funded did not benefit the CCP?

In 2012 Fauci reported that he had funded a Dutch virologist to conduct gain-of-function experiments that would attempt to make dangerous viruses airborne. Fauci is publicly on the record acknowledging that these experiments are in fact dangerous, but proposed certain criteria under which they could continue. “However, it does call for us, as you mentioned, to balance carefully the benefit of the research to the public health, the biosafety and biosecurity conditions under which the research is conducted, and the potential risk that the knowledge gained from such research might fall into the hands of those with ill intent,” said Fauci. He highlighted the need for safety, but he failed to follow his own rules. The Wuhan experiments which Fauci’s organization funded operated outside the protocols that Fauci promoted. Multiple warnings were issued regarding the dangerous nature of experiments and lax safety standards, proceeding the pandemic by at least 2 years. It is the hosts’ opinion that Fauci needs to be asked how he responded to these high-level reports, and what safeguards he put in place to make sure those experiments did not benefit the CCP (Communist Party of China).

Question 3: Why has Fauci refused to acknowledge that his organization funded risky gain-of-function experiments at a lab that had no accountability or transparency?

The most widely shared clips of Anthony Fauci are his exchanges with Sen. Rand Paul (R-Ky.) where Fauci repeatedly claimed his organization did not and has not funded gain-of-function research in the Wuhan institute, suggesting the activities there are defined as something other than gain-of-function. To put it simply, gain-of-function means genetically modifying a pathogen to increase its transmissivity to human cells, which is exactly what the Wuhan lab was doing and what Fauci was funding.

Defenders of Fauci’s actions try to propose that the virus must be amplified at least 10 times in order to qualify for gain of function experiments, but Carlson and Mahncke explain that whether the amplification of the virus is 9 or 10 times, amplification has occurred, and no amount of hair-splitting can make that go away. Even the Washington Post agreed that Fauci was funding gain of function work at the lab, none of which stand out more than the 2015 experiments conducted in which the scientists combined DNA from more than one organism. Fauci knew of these experiments, evidenced in an email received from his deputy, in which his deputy confirmed these experiments were in fact gain of function experiments and they were funded and approved by Fauci’s organization, the NIH (National Institute of Health).

Question 4: Why did Facui make public statements regarding the virus’s origins that were in direct opposition to those expressed privately?

In a little-noticed exchange on April 17 of 2020, Trump and then director of the CIA Mike Pompeo had broached the idea that the COVID-19 virus may have come out of the Wuhan lab. When asked about this theory, Fauci claimed that a recent study showing the sequence of the virus mutations proved that the virus origin came from a bat. However, even natural origin supporters acknowledge that the virus sequence of events does not prove its origin and it does not rule out a lab leak. Fauci also touted papers by Christian Anderson, who told Fauci privately that he believed the virus looked engineered, while at the same time Anderson was drafting a paper pointing to natural origins. Why this lack of transparency by Fauci and those behind him to cover up emerging theories even when they knew others had good cause to ask questions?

Question 5: Why did Fauci claim there was no distinction between the release of a virus from a lab operating amidst a population of 12 million people and a viral outbreak that occurred naturally?

Out of the hundreds of interviews Fauci has given, perhaps none is as significant as the one with National Geographic in May 2020, where Fauci diminishes the difference of a virus originating in the wild versus a virus that was brought from the wild into a lab. “Fauci intentionally ignored the inherent responsibility he personally bears for the resulting leak from a lab whose experiments he funded versus a natural viral emergence of nature,” said Carlson and Mahncke, pointing to the fact that it was Fauci-funded researchers who collected thousands of viral samples from an abandoned mine and brought them to the center of an enormous metropolis.

“Did he already know what had happened in Wuhan? Likely yes,” the hosts explain, pointing out that the lab is known for its large collection of bat viruses as well as the fact that it genetically manipulated those viruses. Fauci knew of this because he was funding these experiments. Fauci also knew that these viruses were brought from remote locations into the lab, and that the experiments in the lab included trying to infect human cells, which was confirmed in an October 2017 email to Fauci regarding the content of these specific experiments.

The episode hosts conclude with their stance that Fauci’s repeated lies have directly affected the lives of billions of people and that he needs to be held accountable.

Truth Over News premier every Tuesday and Thursday at 5 p.m.—exclusive on EpochTV.