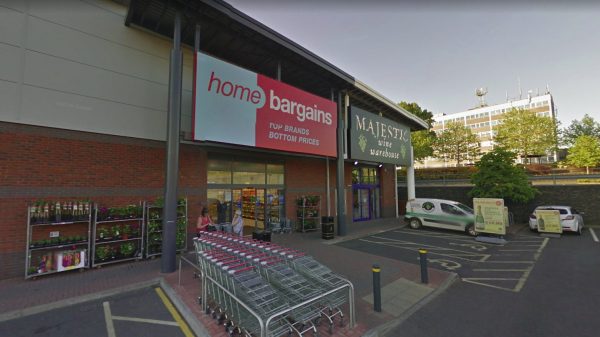 The Home Bargains store in Worcester, West Midlands, where the attack took place on July 21, 2018. (Screenshot via Google)
UK

Five men have been charged with conspiracy to commit grievous bodily harm after a 3-year-old boy in England was doused in acid.

Three men from London, aged 22, 25, and 26, and two men from Wolverhampton, aged 39 and 41 appeared in Kidderminster Magistrates’ Court on Wednesday morning.

The toddler was left with serious burns on his face and arm after the attack at a Home Bargains store in Worcester, West Midlands, at about 2.15 p.m. on Saturday.

West Mercia Police said the boy has been discharged from hospital but the long-term implications of his injuries remain unknown.

The force said they are not identifiying the names of the men who have been charged.

Following the attack, Chief Superintendent Mark Travis from West Mercia Police said, “This has been a shocking incident which we know has caused a great deal of concern in our community. I can reassure people that Worcester remains a safe place to live and work and that such crimes remain thankfully extremely rare in our area.”