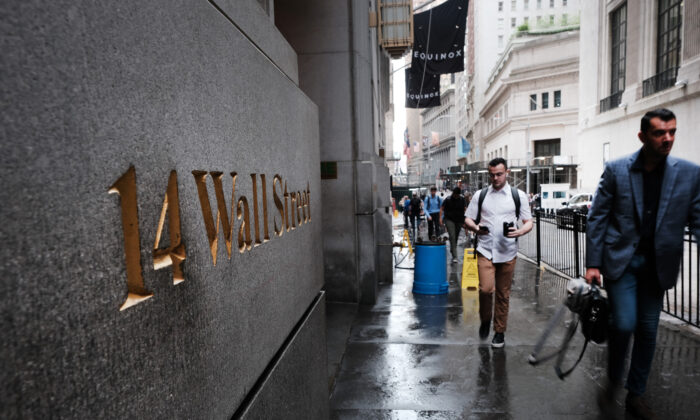 Five Chinese State-Owned Firms to Delist From US Stock Exchanges

A number of China’s biggest state-owned companies have announced plans to delist from U.S. stock exchanges after the Securities and Exchange Commission (SEC) warned that hundreds were at risk of getting kicked off for possible non-compliance with audit rules.

In separate filings on the Hong Kong stock exchange where their shares are also listed, Aluminum Corp. of China, Sinopec Shanghai Petrochemical, China Petroleum & Chemical, PetroChina, and China Life Insurance, stated that they would delist from the New York Stock Exchange (NYSE).

The five companies said they plan to file relevant documentation with the SEC by the end of the month, with a delisting of their American Depository Shares to take place shortly afterward.

All five firms were added to the Holding Foreign Companies Accountable Act (HFCAA) list in May after U.S. regulators identified them as not meeting auditing standards.

One of the companies, PetroChina, was cited by the Wall Street Journal as saying that there was a “considerable administrative burden for performing the disclosure obligations” associated with being listed on a U.S. stock exchange.

More than 150 Chinese companies are on the HFCAA list and face removal from U.S. exchanges if American regulators are unable to inspect financial audits for three years in a row.

U.S. regulators have been negotiating with their Chinese counterparts on achieving compliance with the HFCAA, but SEC Chair Gary Gensler recently expressed uncertainty around the prospect of striking a deal with Beijing.

“I just really don’t know right now,” Gensler told Bloomberg during an interview in late July, referring to the likelihood of an agreement. “It’s going to be choices made by the authorities there,” he added.

The HFCAA was adopted in 2020 with the aim of protecting U.S. investors from fraudulent activities by Chinese companies that are not subject to U.S. audit rules.

The legislative thrust around the bill came in response to China’s long-running refusal to let American regulators access the audit documentation of its accounting firms, citing state secrecy.

The law gives Chinese companies until early 2024 to comply with U.S. auditing requirements, though Congress is considering a bill that would accelerate that deadline to 2023.

The HFCAA was signed into law by former President Donald Trump in December 2020 after Congress passed the measure with rare bipartisan support.

Former Trump administration trade negotiator Clete Willems told the Wall Street Journal in late May that unless China shows “more flexibility” around compliance with U.S. auditing standards, “the delisting of some or all of its companies is inevitable.”