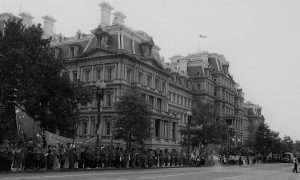 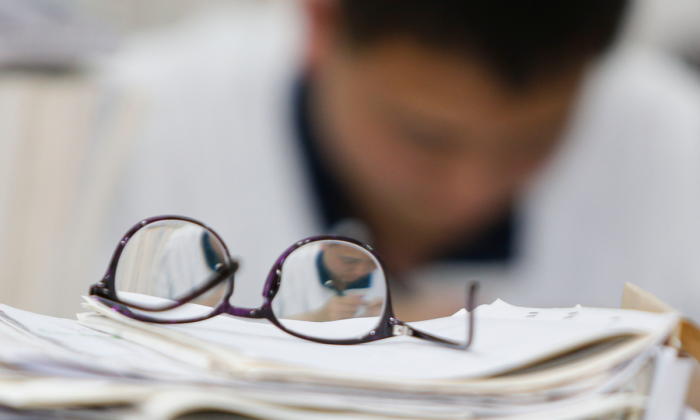 The five individuals allegedly used false, forged, or counterfeited Chinese passports to take the exams on behalf of students from China, officials say. The Chinese students intended to become foreign exchange students in the United States, according to the U.S. Immigration and Customs Enforcement (ICE) website.

Christopher Kuemmerle, a special agent for Homeland Security Investigations, told the Los Angeles Times that more than 40 students used this scheme to get into highly ranked U.S. colleges. Those colleges include the University of California–Los Angeles; UC–Irvine; and UC–Riverside.

“We have so many students that are honest, that work hard to get into the university of their dreams and yet, that spot might be taken by someone who cheats,” Kuemmerle told the Los Angeles Times. Kuemmerle supervises the Los Angeles Document and Benefit Fraud task force, the agency that ran the investigation.

The charges include using fake passports and impersonating others to take the Test of English as a Foreign Language (TOEFL); passing this English proficiency exam is necessary to obtain a student visa for traveling and studying in the United States.

Four of the five arrests were made in the greater Los Angeles area, with the final arrest made in Stockton. Another defendant is suspected to reside abroad.

The alleged ringleader, named Liu Cai, 23, was living in Woodland Hills on a student visa. He’s accused of taking at least five exams on behalf of Chinese nationals.

Others arrested include Samantha Wang, 24, Mohan Zhang, 24, and Elric Zhang, 24, in the Los Angeles area, while Quang Cao, 24, was arrested in Stockton, California. Tuan Tran, 33, is believed to live in Taiwan.

“The imposter test-takers were generally U.S. citizens of Chinese descent that spoke English well and that could breeze through the exam,” Kuemmerle told the Los Angeles Times. “A lot of these associations were made at Chinese-American social organizations.”

All of the arrested individuals took TOEFL exams for others. Nineteen different Chinese students were impersonated at test locations in and around Los Angeles.

Students who wish to enter the United States from abroad for educational purposes must obtain an F-1 student visa, according to U.S. law. These students must apply to a school that is authorized to enroll foreign students. Many of these schools require students whose first language isn’t English to take and pass the TOEFL exam for admission.

To take the exam, the test-taker must have an “original, non-expired, government-issued identification document” from their home nation.

Cai is alleged to have paid $400 through PayPal and Venmo to co-defendants after tests were taken, between 2015 and 2016.

Kuemmerle told the Los Angeles Times that students had cheated their way into other universities, including Arizona State University, the University of Alabama, Columbia University, and New York University.

“On top of allowing students to cheat their way into our top universities, schemes such as this exploit our nation’s legal immigration system and threaten our national security,” said Joseph Macias, special agent in charge for HSI Los Angeles, according to an ICE statement. “As this case shows, we will move aggressively to identify and prosecute those who engage in fraud and corrupt the immigration process for profit.”

A 2016 study by the California State Auditor on undergraduate data from the University of California Office of the President found enrollment bias. Out-of-state students, who include international students, were favored over California residents.

Tuition fees for out-of-state students are higher than in-state fees. According to the University of California website, estimated fees for in-state individuals run from $30,000 to $35,000.

Fees for out-of-state individuals are estimated at up to $65,000.

A federal grand jury returned a 26-count indictment on March 8. Charges included the defendants conspiring to use false passports and “aggravated identity theft” as part of the scheme to impersonate Chinese nationals who were required to take the TOEFL test, according to the U.S. Immigration and Customs Enforcement (ICE).

The Educational Testing Service, which provides the exam, is also providing assistance on the investigation.

The indictment states that the defendants all used counterfeit versions of passports from China. The use of a false passport charge has a maximum 10-year sentence in federal prison, while the conspiracy count carries a maximum sentence of five years. A mandatory two-year sentence is required for aggravated identity theft.

Chinese students make up about 35 percent of all foreign students studying in the United States. The Chinese regime is recruiting some of these students for subversive reasons, according to Michael Wessel, commissioner of the congressional U.S.-China Economic Security Review Commission.

On almost any college campus that has students from China, there will be a Chinese Students and Scholars Association (CSSA). Chinese consulates within the United States not only influence these associations, but also fund them.

They aren’t clubs, but rather groups for monitoring and mobilizing Chinese students in America. Consulates pay students to harass those who are viewed as anti-China. Students are also paid to hold rallies for visiting Chinese Communist Party officials.

When Chinese leader Xi Jinping visited Washington in 2015, the CSSAs rallied around 700 students to wave red flags for Xi’s arrival. They were paid $20 an hour.

Similar interference occurs in Canadian universities. In Toronto, Chinese students were caught discussing a Uyghur rights event on WeChat, a popular messaging app from China. They recorded people who attended and reported them to the consulate.

Another incident occurred in Toronto, when a student of Tibetan ethnicity, Chemi Lhamo, was elected as the university’s student union. On social media, she was harassed and attacked by Chinese students.