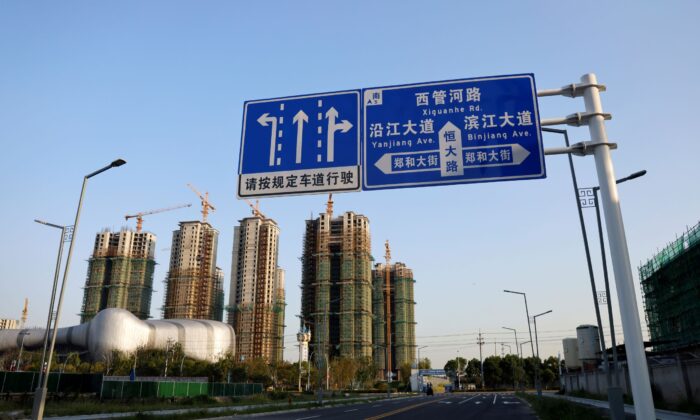 Rating agency Fitch has downgraded cash-strapped Chinese property giant Evergrande from CC, or a very high level of credit risk, to C, or near default.

Fitch said in a Sept. 28 rating action announcement it had downgraded both Evergrande and its subsidiaries Hengda and Tianji, due to a likely missed bond coupon payment.

“The downgrades reflect that Evergrande is likely to have missed interest payment on its senior unsecured notes and entered the consequent 30-day grace period before non-payment constitutes an event of default,” Fitch analysts wrote in the announcement.

Last week, Evergrande missed a Sept. 23 deadline on an $83.5 million coupon payment on a dollar bond, coming a day after its main property business in China said it had privately negotiated with onshore bondholders to settle a separate coupon payment on a yuan-denominated bond.

The company hasn’t issued any public statements about the missed payment, though several bondholders were cited by Bloomberg as saying they had not received it.

Fitch analysts said they were unable to obtain confirmation that Evergrande had made the Sept. 23 coupon payment.

“As such, it is assumed that the company has entered the 30-day grace period for interest non-payment before an event of default is triggered,” Fitch said.

The embattled property giant also needs to make a $47.5 million bond coupon payment on Sept. 29 on a separate dollar bond. Evergrande left its offshore bondholders guessing whether it would pay interest on the bond despite agreeing to settle debt with a Chinese bank in a $1.5 billion stake divestment deal.

Evergrande’s silence on its offshore payment obligations has left global investors wondering if they will have to swallow large losses when the 30-day grace periods end for missed coupon payments.

With a massive debt load of over $300 billion, Evergrande has been on the brink of insolvency for years.

“There has been a lot of ink spilled on whether Evergrande’s downfall would cause a ‘Lehman moment’ for China. And it very well could, in the sense that recent developments could destabilize an already fragile Chinese property market,” wrote finance expert and Epoch Times contributor Fan Yu, in a recent op-ed.

Beijing’s hope is to orchestrate an orderly restructuring of Evergrande to the extent it’s possible, in order to minimize the risk of contagion in China’s property market, which has around 80 million excess supply of housing units and where urban apartments are in the range of 20–40 times average workers’ annual wages.

“Something has to give,” Yu argued, as Chinese authorities seek to force a deleveraging of the country’s grossly indebted property developers and “steer the property market away from the ‘build build build’ model of the past” that buoyed the country’s economic output numbers.