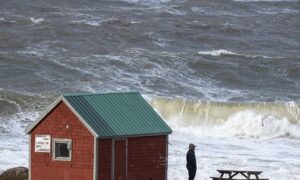 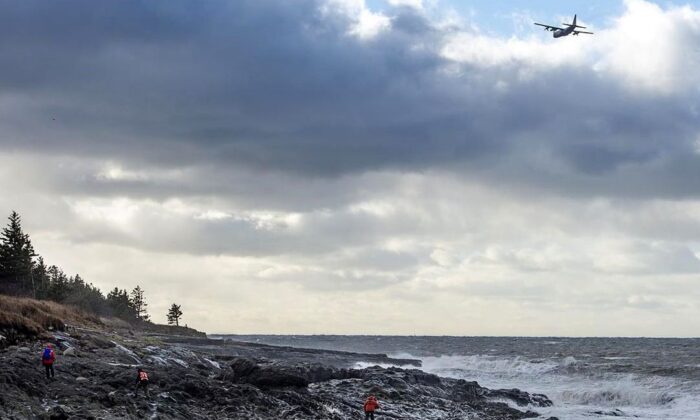 An RCAF Hercules aircraft scours the waters as members of a ground search and rescue team walk along the shore of the Bay of Fundy in Hillsburn, N.S., in an area where empty life-rafts from a scallop fishing vessel were reported on Dec. 15, 2020. (Andrew Vaughan/The Canadian Press)
Canada

A scallop dragger that sank off the coast of southwestern Nova Scotia with six fishermen on board has been found more than a month after it first went missing, RCMP announced Sunday.

A search of a targeted area of the Bay of Fundy using side sonar and a remotely operated underwater vehicle early Saturday located a mass in more than 60 metres of water. Police later confirmed the mass was the wreckage of the Chief William Saulis.

In an interview Sunday, RCMP spokesman Sgt. Andrew Joyce said the vessel was found upright more than two kilometres from the shore of Delaps Cove, N.S.

Joyce said although the operation had to deal with tough cross currents and poor visibility, searchers were able to make a clear video identification.

“It was described to me as like driving with your high beams on in a snow storm,” he said of the conditions underwater.

Joyce said the families of the missing crew have been advised.

The depth of the water makes it impossible to use divers, he said, adding investigators are still trying to determine how best to search the inside of the vessel.

He said Saturday’s search gave no indication of any bodies nearby.

“We, like everybody else, are hoping that the bodies are on board,” said Joyce.

The dragger, which had been operating out of Digby, N.S., suddenly sank in rough seas on Dec. 15. The body of 48-year-old crew member Michael Drake of Fortune, N.L., was found hours later along the coast north of Digby.

The experienced crew did not issue a mayday distress call via VHF radio before the boat foundered.

The 15-metre vessel is owned by Yarmouth Sea Products, a member of the Full Bay Scallop Association in Yarmouth, N.S.

Association president Alain d’Entremont said Sunday that he learned of the RCMP’s discovery from one of the missing fishermen’s relatives.

“It’s still on everybody’s mind, so I’m glad they found it and we are now waiting to see what the next steps are,” said d’Entremont.

He said with how quickly the Chief William Saulis went down, many in the industry believe the missing crew members could still be inside the vessel.

“Hopefully that’s still the case, so if they can recover the bodies that would be incredible I think to provide some closure for the families,” he said.

But the tides in the Bay of Fundy are massively powerful, with a single tidal cycle moving about 110 billion tons of water in and out of the bay. That poses challenges to remotely operated underwater vehicles and to human divers.

“What challenges and what technology there is will be considered to determine if they (fishermen) are still on board and whether they can be safely recovered,” Joyce said.

He said it’s unknown at this point how long it will be before any potential recovery operation can be attempted.