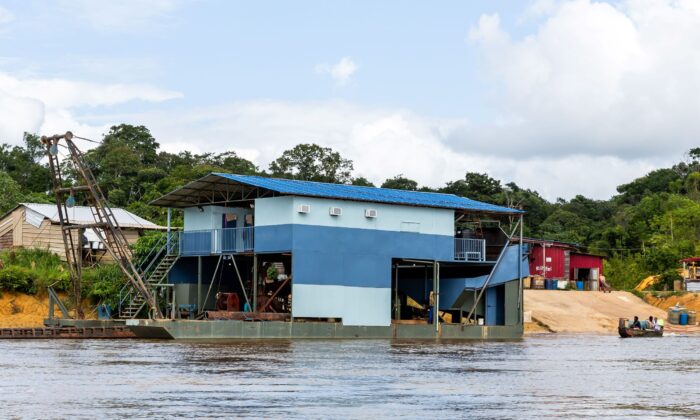 A boat sails by a free-service shop along the Maroni river on the Suriname coast side, on Jan. 20, 2019. (Jody Amiet/AFP via Getty Images)
Americas

A Brazilian fisherman who survived adrift by floating inside a freezer for 11 days has spoken about his experience.

“I couldn’t take it anymore. One more day and I would die inside that freezer,” Romualdo Macedo Rodrigues told Record TV before leaving Suriname, where he was rescued.

Rodrigues left the Brazilian city of Oiapoque, in Amapá state, for what was supposed to be a three-day fishing trip in early August.

His boat, however, had cracks and quickly filled with water, according to reports.

Macedo then had the idea to use the freezer as a floating device, where he stayed for 11 days until a group of fishermen found him, some 400 kilometers (about 250 miles) off Suriname’s coast.

He survived despite apparently having no food or water.