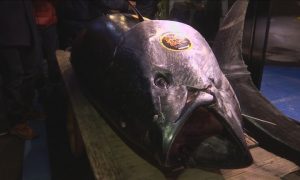 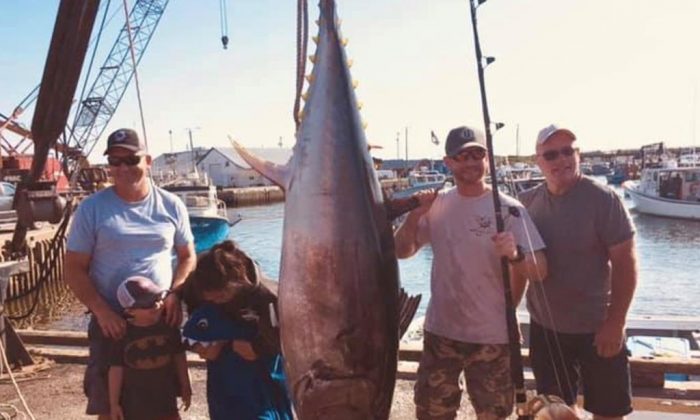 Jason Tompkins of OneTuna, says after 18 years as a tuna buyer he saw an opportunity to change the way tuna is bought, sold, and marketed, and he’s looking to spread the word that Canada has the most regulated and sustainable tuna fishery in the world.

He said while fishermen in the United States can catch one tuna a day, fishermen on Canada’s east coast get to land one per year.

“Due to our conservation methods here in Canada we have actually seen an increase in the biomass of about 60 percent in the last decade. We are seeing a big influx of this species in the Gulf of St. Lawrence, off southern Newfoundland, and off the east coast of Nova Scotia,” Tompkins said. “It’s really a success story.”

However, he said Canada hasn’t done a good job marketing that.

“We haven’t told the story of what Canadian fishermen are doing that’s different,” he said.

Before getting certification from the Canadian Food Inspection Agency, Tompkins was limited to selling whole fish to Japan, the United States, and Canada. Now he can sell select cuts to more markets and even freeze it for later transport.

“I can take the back loin, which would be like your ground beef or your sirloin, and I can send those to Montreal, and then I can take the belly portion, which is the most expensive cut on a tuna, and send that to Tokyo or Seoul, Korea or to Toronto and maximize the value on each cut back to the boat. Each customer is happier.”

Tompkins said each fish he sells comes with information on where and how it was caught—always by a fisherman using a rod and reel.

He regularly buys tuna from Tompkins and says consumers need to pay attention to where their food is coming from.

“I support this fishery because it’s done the same way it has been done forever. This is a traditional fishery. One man, one boat, one rod, one reel, one hook, one fish. I support that,” he said.

Smith said the information Tompkins is sharing with chefs about how and where each tuna was caught is “crazy important.”

“These are very important fish, and if chefs are ignorant to where the fish are coming from, they are going to contribute to poor fishing practices,” Smith said.

“Buying bluefin tuna is not an incidental thing. This is a very high value, very luxurious ingredient. You should be well aware of where that fish came from, in the same way that as a chef you would be aware of where you got your ducks, goose, lamb, or even your beef, chicken, and pork. Traceability is closely aligned with sustainability.”

Tompkins said 99 percent of bluefin tuna is sold for sushi. In Canada, yellowfin tuna and bigeye tuna caught off Nova Scotia and Newfoundland can be of sushi grade, but they are often canned.

The OneTuna plant in North Lake, P.E.I., was completed in May and obtained its CFIA certification in June. The plant still has to compete with international buyers, and so far it has processed three bluefins, which typically weigh more than 200 kilograms and can grow to 725 kilograms.

Tompkins says he’s hoping to expand his markets and has been talking with Korea. He said China is also interested, and he has received calls from Ukraine, the Middle East, and Australia.

The plant has five employees so far, but Tompkins says the hope is that he will be able to expand.