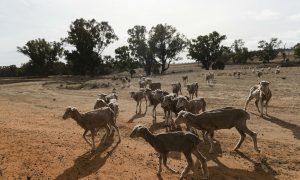 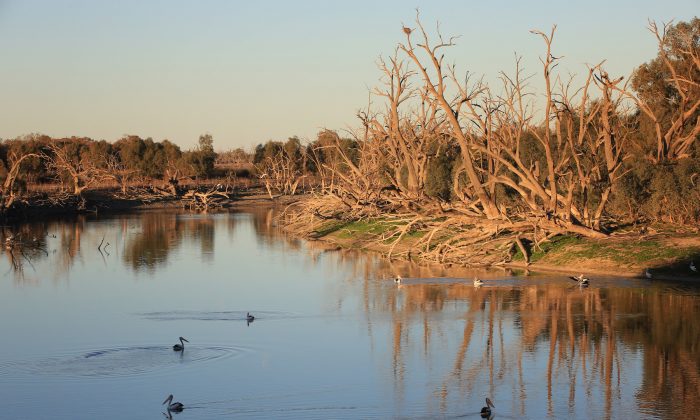 A small patch of water at Lake Wetherell in the Darling River area in Menindee, Australia on Aug.14, 2019. (Mark Evans/Getty Images)
Australia

The New South Wales government hopes a $10 million Noah’s Ark style plan will stave off a “potential fish Armageddon” facing the state this summer but critics say the coalition is sticking a band-aid on a gaping self-inflicted wound.

The Berejiklian government’s five-pronged plan aims to marry better research and increased breeding with fish rescue operations to save some of the state’s native fish from a forecast ecological disaster as the drought drags on.

There’ll be additional fish rescue teams and emergency fish housing with stock returned to their natural habitat once the “perfect storm” of adverse conditions subside, Agriculture Minister Adam Marshall said in a statement on Aug. 28.

“The situation we are facing this summer is nothing short of a potential fish Armageddon,” Marshall said.

“There’ll be more severe fish kill events this summer and we know there’s not a lot we can do to prevent it.

Millions of fish died in a number of mass death events near Menindee last summer sparking calls for the Murray-Darling Basin Plan to be scrapped.

“This announcement is the National party trying to stick a band-aid on a gaping, self-inflicted wound,” he said in a statement on Aug. 28.

“Successive National Party water ministers have overseen a regime of over-extraction by large irrigation corporations which has undermined the resilience and health of our mighty inland rivers.”