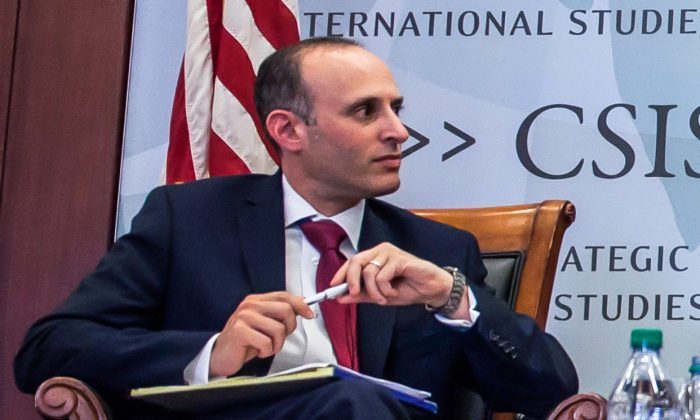 A senior Justice Department official who was in charge of the FISA warrants issued in 2016 that allowed spying on Americans had concerns about the warrant on former Trump campaign aide Carter Page, according to text messages between then-high ranking FBI officials obtained by Fox News.

Apparently, because of those concerns, the FBI provided the Justice Department’s (DOJ) Office of Intelligence, which manages the FISA warrants, with a “robust explanation” regarding “any possible bias” of a confidential human source used in the warrant. The source for the core claims in the warrant was Christopher Steele, a former British spy who authored the infamous Steele dossier.

Steele used second- and third-hand sources connected to the Kremlin to collect unsubstantiated claims about Trump–Russia ties. He was commissioned by an opposition research outfit, Fusion GPS, which was, in turn, paid for the work by the Democratic National Committee and the 2016 presidential campaign of former Secretary of State Hillary Clinton through the law firm Perkins Coie.

“[Office of Intelligence] now has a robust explanation re[garding] any possible bias of the [confidential human source] in the package,” reads a text sent on Oct. 12, 2016, by Lisa Page, then-FBI lawyer, to then-FBI Deputy Director Andrew McCabe.

“Don’t know what the holdup is now, other than Stu’s continued concerns. Strong operational need to have in place before Monday if at all possible, which means to ct [sic] tomorrow. I communicated you and boss’s green light to Stu earlier, and just sent an email to Stu asking where things stood. This might take a high-level push. Will keep you posted.”

The text was addressed to McCabe and “Stu” was almost certainly Stuart Evans, then-deputy assistant attorney general in the DOJ’s National Security Division, where he headed the Office of Intelligence. “Boss” likely referred to then-FBI Director James Comey.

Fox News was told that this and some following texts pertained to the Carter Page FISA warrant.

The FBI was aware that Steele had an intense bias against President Donald Trump and was opposed to Trump being elected. The Bureau nevertheless used Steele’s dossier of opposition research on Trump to obtain the warrant on Carter Page. The Bureau also hired Steele as a confidential human source, but fired him after learning that Steele was speaking to the media about the intelligence he was gathering.

The FISA warrant was approved later in October 2016 and was ultimately publicly released with extensive redaction. It alleged that Carter Page (no relation to Lisa Page) “has been collaborating and conspiring with the Russian government.”

This collaborating and conspiring was supposed to have taken place during Page’s short trip to Moscow in early July 2016 where he allegedly met with Igor Sechin, a top executive of a major Russian oil company Rosneft, and Igor Diveykin, a high-ranking Russian official.

This allegation was made by Steele, but no evidence has emerged to substantiate it. Page denied under oath ever meeting either of the Russians.

Regarding the motivations behind the dossier, the FBI noted in the warrant that Glenn Simpson, co-founder of Fusion GPS, “never advised [Steele] as to the motivation behind the research into [Trump’s] ties to Russia” and that “the FBI speculates that [Simpson] was likely looking for information that could be used to discredit [Trump’s] campaign.”

Congressional Republicans have alleged the FBI investigators misled the FISA court, which approved the warrant, by obfuscating the true financier of the dossier—the Democrats and Clinton.

The warrant stated that “the FBI assesses that” Simpson “likely provided” the dossier claims “to the law firm that hired” Simpson. While Perkins Coie has many clients, when it comes to the political realm, it’s been well-known as the counsel of record for the Democrats.

Despite being the target of the FISA’s intrusive spy toolkit, Carter Page hasn’t been charged with any crime—neither during the original FBI Russia investigation that officially started on July 31, 2016, nor after the probe was taken over in 2017 by special counsel Robert Mueller.