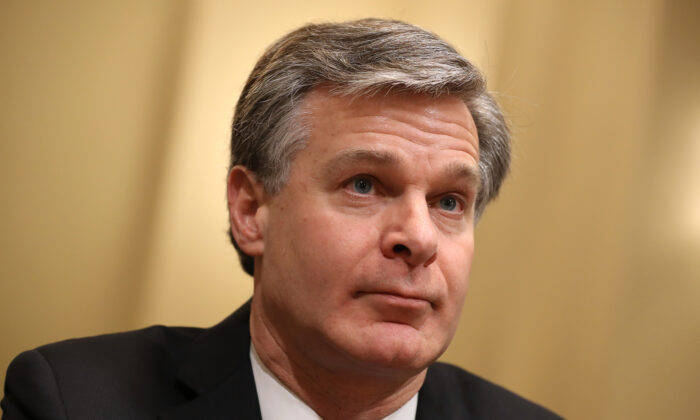 The Foreign Intelligence Surveillance Act (FISA) court ordered the FBI to review warrant applications handled by Kevin Clinesmith—a former FBI lawyer referred for criminal investigation for allegedly removing a key line from an email when applying for a warrant to spy on a Donald Trump 2016 campaign aide.

The release of the order comes as the court’s very existence comes under pressure from lawmakers, after Justice Department Inspector General Michael Horowitz uncovered 17 “significant errors or omissions” in the applications to spy on Carter Page, who worked for Trump’s campaign.

Judge Rosemary Collyer, the presiding judge of the Foreign Intelligence Surveillance Court (FISC), demanded the FBI “identify all other matters currently or previously before this Court that involved the participation” of the attorney Clinesmith.

“Describe any steps taken or to be taken by the Department of Justice or FBI to verify that the United States’ submissions in those matters completely and fully described the material facts and circumstances,” she wrote in the order (pdf), which was made public on Dec. 20. “Advise whether the conduct” of the lawyer “has been referred to the appropriate bar association(s) for investigation or possible disciplinary action.”

According to Horowitz, his team found that Page had a prior relationship with the CIA that became known by FBI agents pursuing a warrant to surveil the Trump aide.

But the FBI failed to disclose that fact to the court, and Clinesmith altered an email about the relationship to state that Page wasn’t a CIA source.

Clinesmith, who resigned at some point, has been referred for criminal investigation.

The newly unsealed order from Collyer was dated Dec. 5 and included a Dec. 20 deadline for the FBI to respond to the secretive court.

Collyer wrote a response to Horowitz’s report on Dec. 17, describing the FBI’s actions as so egregious that the behavior “calls into question whether information contained in other FBI applications is reliable.”

“The FBI’s handling of the Carter Page applications, as portrayed in the report, was antithetical to the heightened duty of candor,” she wrote.

While Collyer didn’t hold back in her criticism, she approved the first FISA application against Page in October 2016, and her court ignored multiple warnings from Republican lawmakers about FISA abuse, Rep. Devin Nunes (R-Calif.) noted this week.

In the latest letter, Collyer gave the FBI a Jan. 10 deadline for addressing the serious issues.

Collyer, who also serves as a senior judge on the Washington federal court, announced Dec. 20 that she is resigning as presiding judge on the FISA court at the end of the year, several months before her term was set to expire.

Judge James Boasberg was selected by Supreme Court Chief Justice John Roberts to replace Collyer, who will remain on the court until her term expires in March 2020.