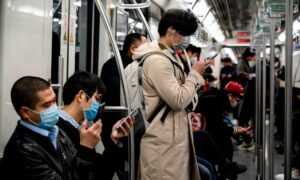 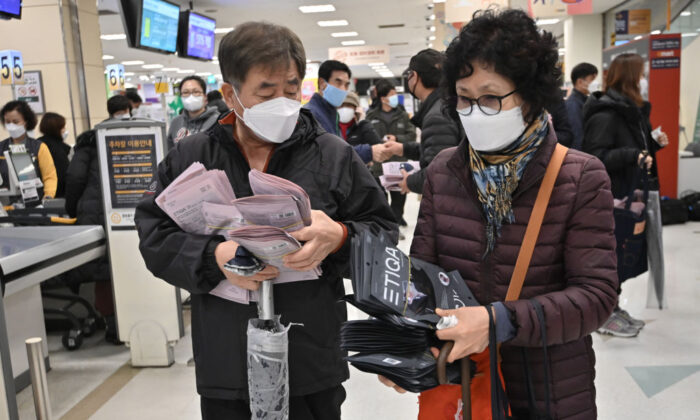 First US Soldier Infected With Coronavirus in South Korea

A U.S. soldier has tested positive for the coronavirus in South Korea, the U.S. military said, as the East Asian country sees its confirmed cases of the virus surpass 1,100.

The U.S. Forces Korea (USFK) announced Tuesday that the 23-year-old U.S. soldier, who is stationed at Camp Carroll, is now in self-quarantine at his off-base residence.

Camp Carroll is located in the village of Waegwan, which is about 12 miles from the city of Daegu. Daegu and the broader North Gyeongsang province have seen the majority of known infection cases in South Korea.

“KCDC and USFK health professionals are actively conducting contact tracing to determine whether any others may have been exposed,” the announcement stated.

This marks the first time a U.S. soldier is infected with the virus.

Two days prior, USFK announced that a U.S. military dependent—a 61-year-old woman who is a widow of a retired soldier—was diagnosed with coronavirus.

Meanwhile, 18 Korean soldiers have been infected with the virus as of 9 a.m. Wednesday, Feb. 26, local outlet Yonhap News Agency reported, citing the defense ministry. Of these cases, 13 are in the Korean Army, three in Air Force, and one each in the Navy and Marine Corps.

As of Tuesday, roughly 9,230 South Korea’s service members are quarantined at their bases, the ministry said.

Among those under quarantine, about 520 service members have symptoms of the virus or had come in contact with infected patients, while the rest had visited Daegu or nearby areas.

On Wednesday morning, the Korea Centers for Disease Control and Prevention (KCDC) reported 169 new cases of coronavirus and one additional death.

The latest death involves a 73-year-old man, who is a church follower of Shincheonji Church in Daegu. He was hospitalized on Feb. 20 and died of COVID-19 on Wednesday morning.

Many of the COVID-19 cases in Daegu and North Gyeongsang province are connected to the church, after a 61-year-old female “super-spreader,” a member of the church, tested positive for the virus on Feb. 18 as the country’s 31st confirmed case.

Yonhap reported on Wednesday that health officials have begun testing about 210,000 followers of the church for coronavirus. Of the 169 new cases, 134 are in Daegu and 19 are in North Gyeongsang province. Three major Korean cities, Seoul, Busan, and Incheon, all have new cases: four, eight, and one, respectively.

Prior to the KCDC announcement, South Korean Prime Minister Chung Sye-kyun vowed on Wednesday to contain the virus in Daegu and North Gyeongsang province, according to Yonhap.

“The government will mobilize all resources and means in order not to lose the prime timing [to contain the coronavirus],” said Chung in Daegu, who arrived in the city on Feb. 24 to supervise the local response to the outbreak.