An Uprising in Canada? What a Pity
0 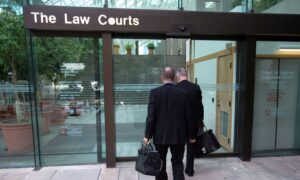 BC Transgender Youth Case: When Speech Is No Longer Free
0 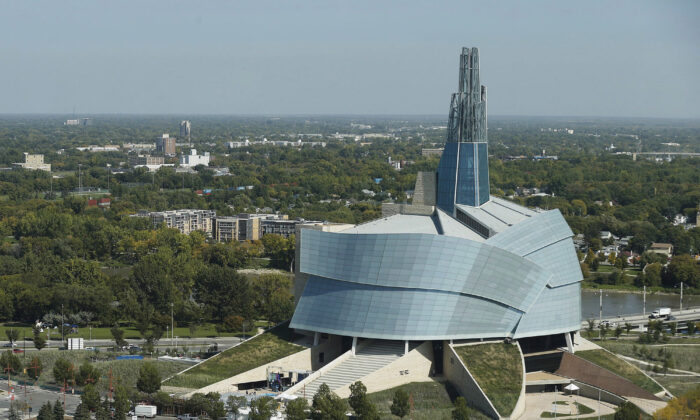 The Canadian Museum for Human Rights in Winnipeg in a file photo. (THE CANADIAN PRESS/John Woods)
Viewpoints

First They Came for the Statues. Will Museums Be Next?

First the radicals came for the statues, and some have already been taken down. That was easy because the statues represented dead white men.

Now the radicals are coming for the Canadian Museum for Human Rights (CMHR). Will it, too, be knocked down?

Before the long march through other institutions becomes unstoppable, Canadians need to stand together and say, “No More!” The principles of fair treatment need to be observed, especially in publicly funded institutions like the CMHR.

The assault on fair treatment has been led by the board of trustees and its hired external review team in a report on possible racism at the CMHR (viz., the Museum of Human Grievances). The report documents a number of allegations of systemic racism and discrimination without providing solid evidence to prove the charges, such as in the form of personal statements and direct quotes from identifiable people.

Rather, the evidence consists of summaries and paraphrasing based on the understanding of the report’s author—a lawyer who led the four-person team that reviewed the allegations coming from some 29 unnamed past and present employees and “several” unnamed current and former volunteers.

It is strange, indeed, that the museum’s board of trustees has been complicit.

The report is titled “Rebuilding the Foundation: External review into systemic racism and oppression at the Canadian Museum for Human Rights.” It is the result of phase one of a planned two-phase review designed to determine if some of the museum’s administrators are racist and treated some employees unfairly based on their colour and/or sexual orientation.

The conclusions of the investigation were to be published at the end of the second phase, but an important conclusion is stated in this preliminary volume: that “racism within the Canadian Museum for Human Rights is pervasive and systemic.”

Nowhere does the report explain why the normal grievance procedures were bypassed. The museum is a unionized workplace, so these procedures are, of course, enshrined in the collective agreement.

Who decided to bypass these procedures and replace them with an independent evaluator? We know the board of trustees agreed. But did the union, the Public Service Alliance of Canada? Did the senior administrators? And, most importantly for taxpayers, did the government of Canada agree?

It is obvious that the review team did not interview the union officials or all of the administrators before writing the report.

Even though the report is weak because of what is missing, many news agencies have accepted its conclusion without question.

Perhaps it is not surprising that much of the evidence in the report seems to be trivial—so trivial, in fact, that the complaints could have been easily solved at the early stages of the grievance process.

“More than one BIPOC [black, Indigenous, or person of colour] employee reported differential enforcement of the dress code at the museum. In one instance, several Indigenous employees had each been given lanyards that had been specially beaded for them and carried traditional knowledge in the pattern. One woman was singled out for breaking the dress code and was not permitted to wear her beaded lanyard (the museum issues a standard blue lanyard). When she lent the beaded lanyard to a white colleague to wear, the white colleague was permitted to do so.”

“A black employee was repeatedly and progressively disciplined for wearing the same dress pants as a number of white women she worked with. One woman had what were described as the “perfect” dress pants; several women went to the same store to buy the same pants. Only the black employee was singled out for ‘violating the dress code.’”

These two descriptions left me scratching my head.

On the surface, it is difficult to believe that either senior administrators or front-line employees would consistently and blatantly violate the principles of human rights, the very principles upon which the museum was founded.

Even so, visitors may say things or behave in ways that are offensive to some museum guides, such as in one example given in the report where a visitor asked for an Indigenous program interpreter’s name “so that she could ‘pray’ for her.”

The report also documented some seven occasions in 2015 and 2017 when LGBTQ content was omitted on school tours, apparently resulting from an initial incident in 2015 “when a teacher from a school in a religiously conservative community expressed they were afraid of losing their employment when they discovered that LGBTQ content would be visible on the school tour.”

But these people paid for a tour, and as citizens of this country, they have the freedom to choose what they want to see and to bypass some galleries. Obviously, museum visitors also have the right to discuss things they see even if the employees don’t like what they say.

Even if some of the complaints levelled against the CMHR are trivial, they may be valid. To prove the claims, however, much better research and a much more comprehensive and objective report needs to be written.

Only when these issues are addressed—issues that the popular press has missed—would it be possible to demonstrate beyond a reasonable doubt that the museum’s administrators were engaged in racist behaviour toward front-line employees.

All people, including the administrators at the CMHR, deserve to be assumed innocent until their guilt has been proven. At minimum, these administrators deserve to be given the opportunity to defend themselves. Surely the lawyer-led review team understands that this is necessary for justice.

It is time to stop the perversion of justice at the Canadian Museum for Human Rights. It is time for Heritage Minister Steven Guilbeault to appoint a blue-ribbon panel to investigate the museum from top to bottom.

Rodney A. Clifton is a professor emeritus at the University of Manitoba and a senior fellow at the Frontier Centre for Public Policy. His most recent book, edited with Mark DeWolf, is From Truth Comes Reconciliation: An Assessment of the Truth and Reconciliation Commission Report (Winnipeg, MB, Frontier Centre for Public Policy, 2020). Email: rodney.clifton@umanitoba.ca