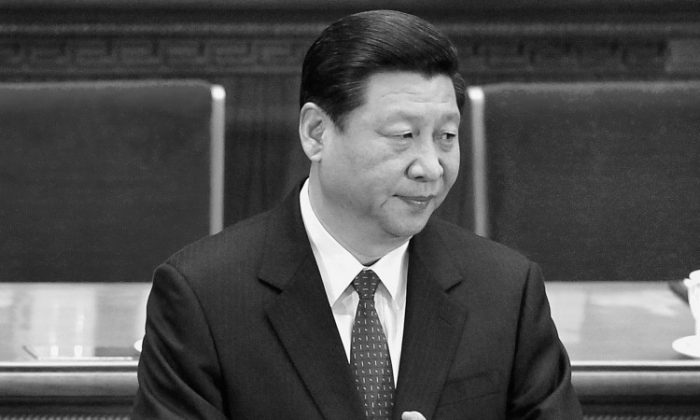 First Steps of Chinese Leader Not Hopeful For Reform

In the weeks leading up to the 18th Party Congress, Xi Jinping, China’s new Communist Party leader, said that political reform should move forward at a faster pace.

Now that Xi has secured the position as China’s new leader, some are of the opinion that he is not as forward thinking as expected.

He Qinglian, a prominent Chinese author and economist, wrote on her blog about Xi’s silence on the issue of political reform as soon as he became the new leader.

“Based on various sources of public information, I believe the greatest difference between Xi Jinping and Hu Jintao lies in their style, and not their direction,” He Qinglian wrote.

Ms. He sums up her take on Leader Xi’s speech (after taking the helm) in three points:

First, that Xi promised more “bread,” without committing to democracy.

While Ms. He does believe Xi Jinping’s first speech as the new Party leader was more sincere than the speech Hu Jintao first gave, she thinks Xi fell short by not talking about political reform, at all. She characterized his speech, titled “People’s yearning for a better life is our goal,” as a “bread contract” that rightfully included education, jobs, income, social insurance, healthcare, and living conditions. But in Ms. He’s opinion, Xi failed to say a single word about political reform.

Ms. He realizes that most Chinese people are satisfied with the “bread contract.” She said, “He understood the human nature of the citizens. For 90 percent of the Chinese people, promising them ‘bread’ is quite sufficient.”

Second, Xi Jinping never intended to give the power back to the people.

Ms. He noted that there is no indication Xi Jinping believes a serious human rights problem even exists in China. “Compared to the third and fourth generations of Chinese top leadership, Xi Jinping cares even less about criticism by the international community on China’s human rights status … Xi Jinping’s style is different from those of Jiang and Hu; he will resist more forcibly.”

Ms. He provided examples of Xi’s pro-communist mentality shown throughout his career:

Xi together with Zhou Yongkang (when he was in charge of preparations for the 2008 Olympics in Beijing), had launched an “Olympic Security Mode” with a massive security crackdown in Beijing, including 24-hour monitoring of dissidents.

Foreign media condemned the security measures. Xi was reported to have said: “It has nothing to do with us whether others like it or not. In such a big world, there are a variety of amazing things. If we take away the birds arguing fiercely in the cage, the cage won’t be bustling with noise and excitement.”

During his visit to Mexico in February 2009, Xi startled the world with pugilistic remarks about external observers of China. “Some foreigners with full bellies and nothing better to do engage in finger-pointing at us. First, China does not export revolution; second, it does not export famine and poverty; and third, it does not mess around with you. So what else is there to say?”

Ms. He predicts that Xi’s old ways will influence diplomacy, “Now Xi Jinping has been made head of the CCP, his ‘three don’ts statement’ [above] is likely to guide diplomatic policies in the future.”

Third, Xi Jinping speaks straightforwardly, not fearful of saying “No.”

As a writer who analyzes China affairs, Ms. He believes it is her duty to inform the public on the difference between facts and empty promises. She gives Xi credit for telling it like it is.

Based on released sources, Ms. He concluded that Xi rarely said fancy but impractical words. As a district official, Xi once said, “Don’t come up with too many new comments and innovation. What matters is action.”

In another example, Ms. He points out that Xi will openly refuse anything he does not want to do. When Xi met with President Obama in March 2012, the president proposed that the two nations undergo a solemn military dialogue, to which Xi abruptly answered, “No.”

On that note, Ms. He sums up her three points in a nutshell: “I believe that if Xi Jinping did not mention political reform, people should not dream that he is planning it; at least, he had never expressed this intention. Xi wants to battle corruption, and I believe he is sincere; however, whether he succeeds is not up to him, because he is facing an entirely corrupt system. If the system does not change, corruption will not be eliminated.”