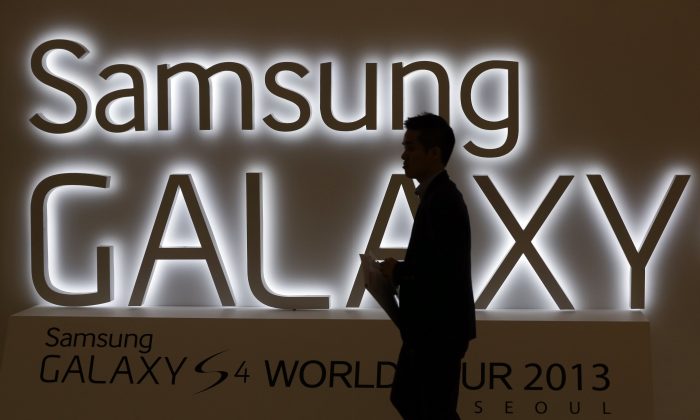 In this photo taken on April 25, 2013, a man walks by a logo of Samsung Electronics Co.'s latest smartphone Galaxy S4 during its unveiling ceremony in Seoul, South Korea. Samsung Electronics Co. has applied for U.S. and South Korean trademarks for a watch that connects to the Internet in the latest sign that consumer technology companies see wearable devices as the future of their business. (AP Photo/Lee Jin-man)
Tech

There’s no doubt that Samsung will release the Galaxy S6 flagship smartphone sometime next year. After all the company has been doing this for years and every year you get a new S-series smartphone that is better and faster than before. What will we get this time – certain online sources say they know!

So what will the Galaxy S6 consist of? Rumors claim that the upcoming flagship will have a large display (its size is still unknown) at Quad HD resolution (2560 x 1440 pixels), a front 5 MP camera, the same 16 MP rear camera found in the Galaxy Note 4 (some sources claim the rear camera will be 20 MP), a powerful 64-bit Samsung Exynos 7420 processor with four Cortex-A53 and four Cortex-A57 cores, support for LTE and 3 GB of RAM.

Moreover for the first time the Galaxy S6 will skip the option with 16 GB of internal memory and will start at 32 GB continuing with two more models at 64 GB and 128 GB of internal memory. Another Galaxy S6 modification will sport a 64-bit Qualcomm Snapdragon 810 processor and a Broadcom BCM4773 chip that will integrate a GPS receiver and various sensors in one digital solution.

The Samsung Galaxy S6 will arrive sometime in 2015. What do you think of its specs?