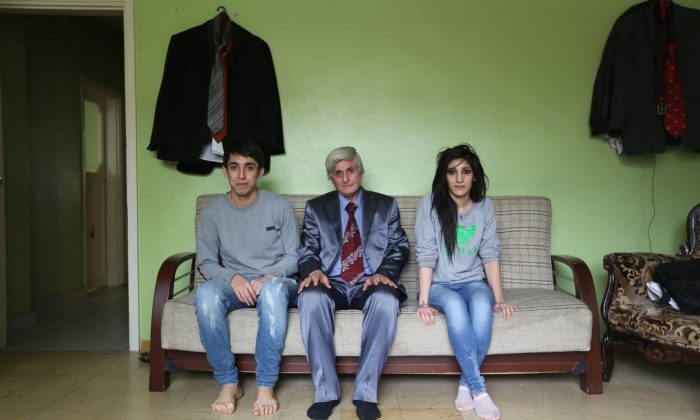 (Humans of New York)
US

First, Obama Responds to Syrian Refugee Story. Then, the Money Starts Pouring In…

The moving story of a Syrian refugee and his family was told in seven parts on the popular Humans of New York page, but the story didn’t stop there.

The unnamed man who told his story, referred to as the Scientist, told a heartbreaking tale of how he had built up a nice place for his kin in Syria only for it all to fall to pieces once the civil war started.

Bombing took out part of his compound and killed his wife and one of his children, forcing the Scientist and his remaining children to flee to Turkey. But they were in limbo there for a while as the man could not legally work, so he had to accept jobs at much less pay than usual. He finally received word that he’d been accepted into the United States and would soon relocate to Michigan.

Viewers responded to the touching tale, including President Barack Obama, telling the man he’d be welcomed “with the compassion and support you deserve.”

Actor Edward Norton started the campaign on Crowd Rise, saying he saw the story and “it moved me to tears.”

“This man has suffered profound loss that would crush the spirit of many people and yet he still passionately wants a chance to contribute positively to the world. If we don’t welcome people like this into our communities and empower his dream of making an impact with his life, then we’re not the country we tell ourselves we are,” Norton wrote.

“Let’s reject the ‘anti-human’ voices that tell us to fear refugees and show this man and his family what Americans are really made of. Let’s show that a country built by the energy and dreams of immigrants still believes in brave people who come here with hope for better life.”