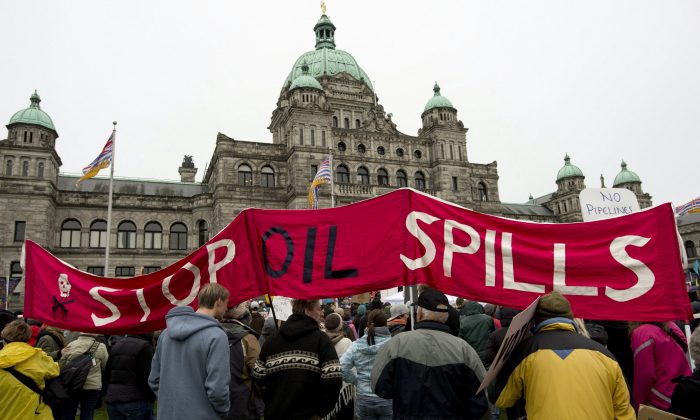 Protesters take part in a mass sit-in in front of the British Columbia legislature in Victoria, B.C. Monday, Oct. 22, 2012, to protest the proposed Northern Gateway pipeline. Brian Lee Crowley argues that Aboriginal opposition to the pipeline will wane if the federal government and businesses ensure they benefit appropriately from resource development. (THE CANADIAN PRESS/Jonathan Hayward)
Opinion

Without their support the project will not proceed 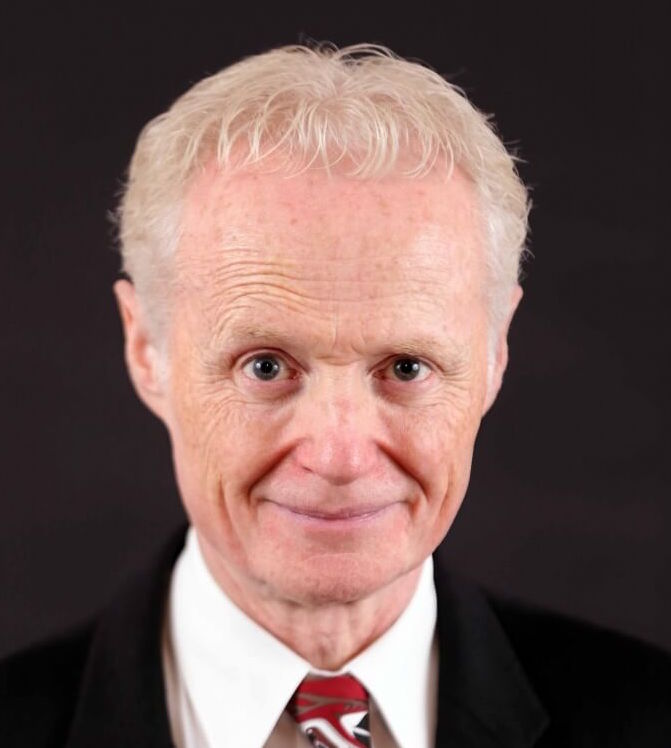 Just a few weeks ago, proponents of pipelines between the Prairies and the West Coast were preparing for the worst. Adrian Dix, the apparently victory-bound leader of the B.C. NDP, had already declared Enbridge’s Northern Gateway would be dead on his watch and, mid-election, pronounced a similar sentence on Kinder Morgan’s Trans Mountain pipeline expansion plans.

The subsequent Liberal upset victory, which many analysts attribute to the NDP’s fervent opposition to wealth-creating pipelines, has given the Northern Gateway project a partial reprieve. But despite strong federal backing, the project hangs by a thread.

In fact, the B.C. government has recently expressed its opposition to the proposal.

But it is First Nations along the pipeline route that hold the hammer on this project. If they remain opposed to the Enbridge proposal or to the idea of energy corridors to the coast, no pipeline will be built. Full stop. First Nations have primary social and cultural standing in this debate. If they cannot be convinced that the pipeline serves their interests and provides adequate environmental protection, the project is not going to proceed.

Equally important, First Nations have growing legal clout, best embodied in the Supreme Court recognition of the government’s duty to consult and accommodate aboriginal interests, which could hold up construction indefinitely.

With strong aboriginal support, however, much becomes possible. The most intense environmental activists will oppose Northern Gateway, no matter what. More practical environmentalists and conservationists, including the B.C. public, realize that resource development can be properly and safely managed. First Nations’ support, with its environmental credibility, would likely weigh heavily with them. With aboriginal backing, we think a majority of British Columbians can be brought on board.

The First Nations’ power over development arises out of a complex web of unresolved land claims, legal victories, constitutional recognition of aboriginal rights, and indigenous self-government. Aboriginal Canadians are now indispensable partners in resource development—including major infrastructure—and this reality is not going to change.

Nor is this a bad thing. Most First Nations are supportive of development, provided it proceeds on their terms and with appropriate returns in the form of jobs, revenue, and business creation. There are dozens of major projects underway across the country in real partnership with First Nations, bringing substantial benefits to local communities, Canadian business, and the national economy.

How will this work for Northern Gateway? Some First Nations along the pipeline route, including the Haisla on whose traditional lands the Kitimat terminus is located, are willing to proceed with properly managed development projects. First Nations along the route will have to agree to participate in Northern Gateway, ideally as equity partners (the Enbridge proposal includes 10-per-cent aboriginal equity ownership). In addition to equity participation, a proper arrangement would involve a commitment to the world’s highest standards for environmental protection along the corridor and on the coast, plus arrangements for aboriginal business development and job training, and sustained revenues for First Nations communities.

Assuming Northern Gateway gets suitable environmental and regulatory approval from the current Joint Review Process, a new approach to First Nations participation will still be needed. That almost certainly means more substantial equity ownership (not least because the equity must be shared among so many First Nations) and aboriginal involvement in environmental and project management and oversight. First Nations must be assured that they will be primary beneficiaries from a project that crosses their lands, bringing opportunity and employment instead of the unregulated socio-economic change and environmental risk they too often experienced in the past.

The way we develop resources in Canada is changing profoundly. Like it or not, Northern Gateway is a symbol for the new order. The project’s current trajectory stokes vigorous aboriginal opposition that alone could be enough to stall or even kill a project that could create vast wealth for Canadians.

A much better outcome is possible, one that meets the objections of most who oppose the project on environmental grounds and that assures aboriginal people sustained and long-term benefits from the construction and operation of the pipeline. Northern Gateway could, with political will and openness to new arrangements, be transformed from a symbol of the new-found power of aboriginal people to stop vital national projects into a model of the real partnerships that henceforth will be the indispensable key to responsible resource development in Canada.

Brian Lee Crowley is managing director of the Macdonald-Laurier Institute. Ken Coates is the Canada Research Chair in Regional Innovation at the University of Saskatchewan. They are co-authors of The Way Out: New thinking about Aboriginal engagement and energy infrastructure to the West Coast, just released by the institute and available at macdonaldlaurier.ca. Article courtesy TroyMedia.com.