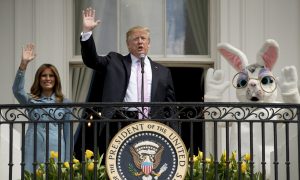 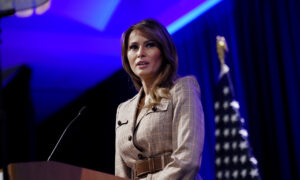 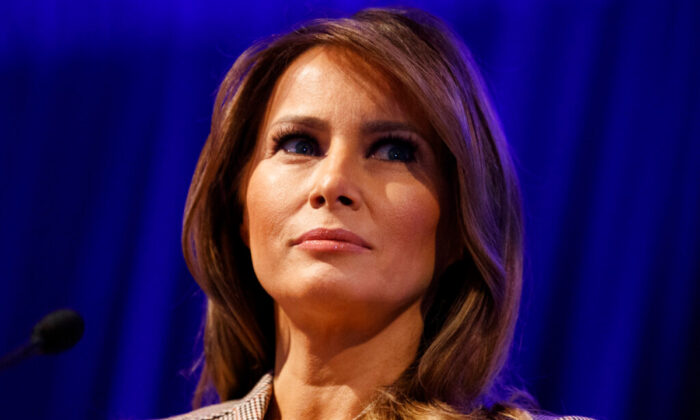 First Lady Melania Trump pauses as she speaks at the at the National PTA Legislative Conference in Alexandria, Va., on March, 10, 2020. (Carolyn Kaster/AP Photo)
Trump Presidency

WASHINGTON—Melania Trump is spreading some colorful Easter cheer to workers on the front lines of the pandemic caused by the CCP (Chinese Communist Party) virus, commonly known as the novel coronavirus.

The pastel-colored eggs would have been handed out to participants in the egg roll on April 13, the day after Easter.

The eggs are being delivered Wednesday and Thursday to Children’s National Hospital, the National Institutes of Health, the Centers for Disease Control and Prevention, the Department of Health and Human Services, the American Red Cross and local grocery store chains as a “small token of appreciation” for those serving the public, her office said.

“They’ll be collector’s items,” he said. “They’re for an event that will never take place.”

The Easter Egg Roll has been canceled only 17 times since the event started in 1878. Those cancellations were because of wars, White House renovations, bad weather—and now a pandemic, he said.

Earlier Wednesday, the first lady released a brief video message thanking medical professionals and others on the front lines of the response to the virus.

“It is because of you that the people of America are receiving the care and treatment they need,” she says in the video on behalf of herself and President Donald Trump. “We stand united with you and we salute your courageous and compassionate efforts. Our prayers are with all who are fighting this invisible enemy, COVID-19.”