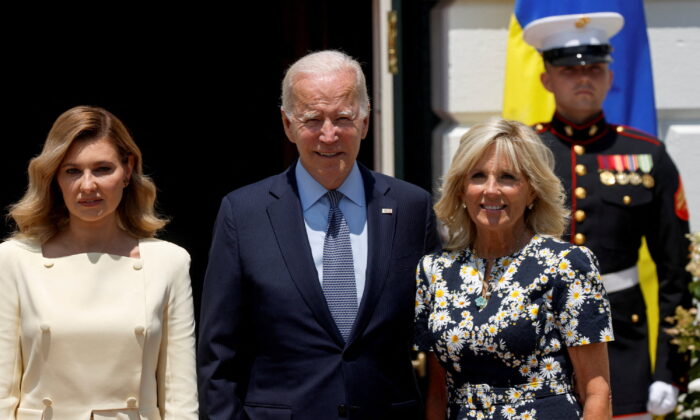 “After testing negative for COVID-19 on Monday during her regular testing cadence, the First Lady began to develop cold-like symptoms late in the evening,” Elizabeth Alexander, the first lady’s communications director, said on Tuesday in a statement.

Alexander added that the first lady 71, “tested negative again on a rapid antigen test, but a PCR test came back positive.”

The spokeswoman said she was given a course of Pfizer-made Paxlovid, which is known to cause a rebound of symptoms and positivity—even after testing negative. President Biden had tested negative several weeks ago only to return a positive test and a return of symptoms after he took Paxlovid, forcing him into quarantine for about a week.

“Close contacts of the First Lady have been notified,” Alexander added. “She is currently staying at a private residence in South Carolina and will return home after she receives two consecutive negative COVID tests.”

Like her husband, the first lady is double vaccinated and has received two booster shots. It’s the first time Jill Biden has developed COVID-19, according to Alexander.

The president continues to test negative for the virus, White House press secretary Karine Jean-Pierre wrote on Twitter Tuesday. She said that President Biden will follow U.S. Centers for Disease Control and Prevention guidance on close contacts and wear a mask for 10 days when in close proximity to other people or when he is indoors.

“We will also increase the President’s testing cadence and report those results,” Jean-Pierre wrote.

Another top official in the White House, Defense Secretary Lloyd Austin, tested positive for the virus on Monday for the second time. The 69-year-old will undergo quarantine and “will retain all authorities and plan to maintain my normal work schedule virtually from home.”

Austin, who previously contracted COVID-19 in January, confirmed to news outlets that his last contact with Joe Biden was on July 29.

And like the Bidens, Austin has received four COVID-19 vaccine doses in total.

Earlier this year, the CDC issued an alert that individuals taking Paxlovid may see a return in symptoms, known as “COVID rebound.”

“A brief return of symptoms may be part of the natural history of SARS-CoV-2 (the virus that causes COVID-19) infection in some persons, independent of treatment with Paxlovid and regardless of vaccination status,” the alert issued in late May said.