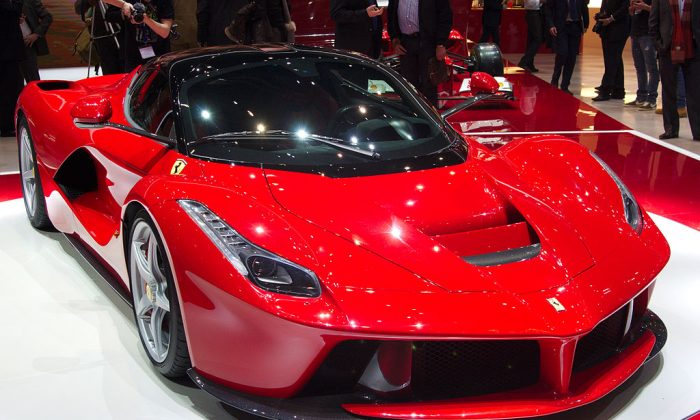 2015 Ferrari LaFerrari: ‘Car of a Lifetime’ Drive and Details (+Video)

“Here I am in the car of a lifetime.” Autoblog European Contributor Matt Davis gets behind the wheel of the 2015 Ferrari LaFerrari at the Fiorano Circuit in Italy.

Drawing together technical capabilities of both GT and Formula 1 engineering, LaFerrari is the crowning jewel of Ferrari right now. Only 499 of the hybrid sports cars will be made, each with a price tag over $1,000,000US.

“It takes nothing to play around with this car. With all the power this has, you can still play and play and play,” Davis points out as he cruises around the track. “I’m playing and exploring and it’s not complaining. I mean, [there’s] up to 9000RPM in this thing.”

The front wing was designed specifically to increase downforce and channel hot air away from the radiator, as stated by the Ferrari website. The rear radius of the vent reduces drag while the one-piece rear section and spoiler are also designed to maximize downforce.

“The traction light is always flashing because there’s so much happening to this chasis,” Davis describes. “The carbon fiber tub is so low. The seat is right on the chasis tub. There is no system here. The seat is fixed in its position. The steering wheel and the pedals do the positioning and meet you where you need them to be.” This lowers the weight of the car and produces a lower centre of gravity.

There is plenty of room above one’s head since it was designed for helmets.

Watch the video of Matt Davis driving the Ferrari LaFerrari below.