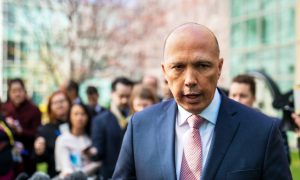 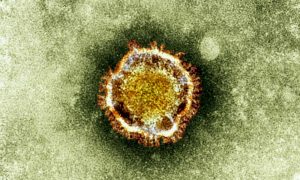 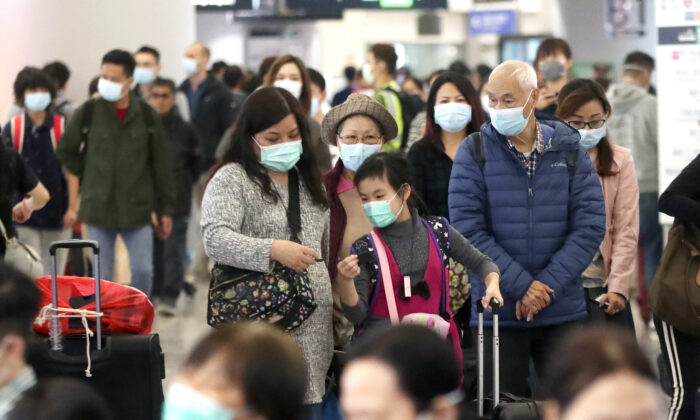 4 Cases of Coronavirus Confirmed in Australia

The first cases of Novel Coronavirus have been confirmed in Australia—one in the state of Victoria and three in New South Wales—totaling four nationwide as of late Saturday.

NSW Health confirmed that three men—aged 53, 43, and 35—are in isolation and under care in Westmead Hospital in Sydney, according to local reports. All three recently arrived from Wuhan, a city of 11 million people and the epicenter of the outbreak.

Two of the three men arrived in Australia on Jan. 6 and Jan. 9. The date when the third man arrived is not yet confirmed, according to Fairfax.

“I’d like to thank each of these three people because they have been exemplary in the way that they presented themselves, to have a medical test, and to have the necessary pathology in due course, when it was appropriate from the medical practitioners’ point of view,” NSW Minister for Health Brad Hazard said, reported Fairfax.

Four other people may also have coronavirus, health officials announced as they await the results.

An NSW spokesperson said in a statement that, “We will not be disclosing the hospital locations of patients under investigation for privacy reasons,” and that any confirmed cases will be alerted to the public.

The new confirmed cases come just hours after the first coronavirus case in the country was announced earlier in the afternoon when Health Minister of Victoria Jenny Mikakos confirmed to reporters that a male Chinese national in his 50s had contracted the virus.

The infected Chinese man in Victoria has been isolated in Monash Medical Centre in Clayton in Melbourne’s southeast and is being treated in a negative pressure isolation room. He arrived in Melbourne around 9 a.m. on Jan. 19 after having spent two weeks in Wuhan.

The man had flown from Guangzhou to Melbourne via China Southern Airlines flight CZ321, after having taken a connecting flight CZ3706 from Wuhan to Guangzhou.

He showed no symptoms while on the flight to Melbourne but tested positive for the virus on Saturday morning, Mikakos said.

The Victorian health minister said the risk of transmission is low, as the man has only been staying with family and has not been out and about. The man also called the hospital and GP ahead of time before attending. He also wore a mask.

“It is important to stress that there is no cause for alarm to the community. The patient is isolated and is undergoing treatment, and we do not have any further suspected cases at this stage,” Mikakos told reporters.

State and federal officials would be stationed at Melbourne airport, and a hotline will be set up for people seeking information about the virus, Mikakos said.

Meanwhile, in Queensland a total of five people were being tested for the virus on Saturday. Later in the day, Queensland health authorities said that all five were cleared of the virus. Three of the five were from the Gold Coast.

Four other people in Queensland were given an all-clear earlier in the week.

Queensland authorities say they are still waiting on results from a possible case as of late Saturday, AAP reported.

Four people in South Australia were also being tested, reported AAP. Authorities say it is unlikely they actually have the virus.

Speaking to reporters at a news conference after the first coronavirus was confirmed in Victoria, Australia’s Chief Medical Officer Brendan Murphy said that there might be more cases of the virus owing to significant travel from Wuhan city to Australia in the past.

“This is the first confirmed case,” Murphy told a news conference, Reuters reported. “There are other cases being tested each day, many of them are negative, but I wouldn’t be surprised if we had further confirmed cases.”

Chant advised people on Friday who have come from Wuhan to seek help if they develop any flu-like symptoms.

“We’re encouraging people who have come back from Wuhan, or who have been in contact with confirmed cases in China or in other countries, to please seek care if you develop any symptoms of fever, sore throat, pneumonia, a cough, or respiratory symptoms of any sort,” Chant said, according to AAP.

Currently, testing for coronavirus takes about six hours, but the timeframe will likely be reduced in the future, she said.

The Australian Department of Foreign Affairs and Trade overnight changed the level of travel advice for Wuhan and Hubei province to “do not travel.”  The disease is being listed as having “pandemic potential,” which allows for enhanced border protection measures.

Australian Prime Minister Scott Morrison said in a public announcement: “Australians are being strongly advised not to travel to Wuhan or the Hubei Province in China. Chinese authorities have also imposed travel restrictions in at least five cities in the Hubei province. Australians traveling to these areas may not be able to leave until restrictions are lifted.”

Morrison said that, as per previous advice from the Chief Medical Officer, “It was always expected that Australia would see cases of this virus.” He added that the Australian government has already put in new procedures to manage the situation.

Australia is a popular destination for Chinese, with about 1.4 million short-term arrivals from China in 2019, Reuters reported. China is the largest source of foreign visitors to the country.

Reuters and the AAP contributed to this report.