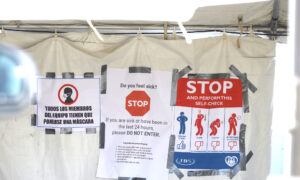 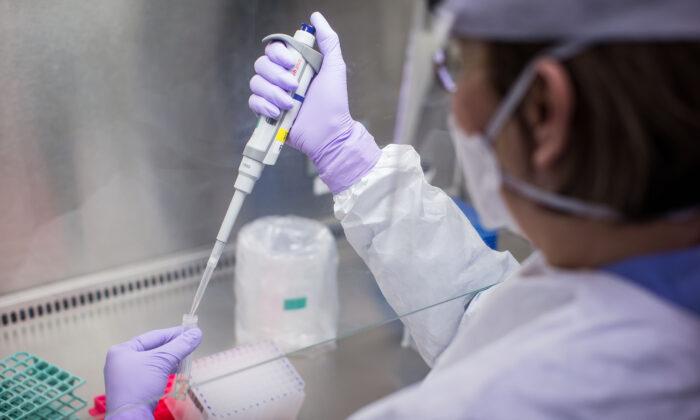 A lab technologist tests a specimen for COVID-19 in Surrey, B.C., in a file photo. (Darryl Dyck/The Canadian Press)
Canada

Canada’s first case of the Brazilian COVID-19 variant was detected in Toronto over the weekend, marking it the third variant the country has discovered within its borders, following cases of the UK and South Africa strains identified in the last few months.

The Toronto Public Health (TPH) confirmed its first known case of the variant in a news release on Feb. 7, saying that the patient had recently travelled from Brazil. He has since been hospitalized.

Formally known as the P.1 variant, the strain was first discovered early last month in travelers from Brazil during routine testing at an airport in Japan. By the end of January, it had been detected in the United States.

TPH also reported the first case of the South Africa variant—B.1.351—in the city on Sunday. However, the patient had no recent travel history and no known contact with anyone who is a returned traveler, according to the agency.

“Scientists and medical professionals are concerned that these variants are more transmissible than the original coronavirus,” TPH said.

“The U.S. Centers for Disease Control and Prevent (CDC) has indicated that research is ongoing to determine more about these variants to better understand how easily they might be transmitted and the effectiveness of currently authorized vaccines against them.”

On Jan. 31, the CDC reported that the Brazilian variant contains 17 unique mutations which may affect the efficacy of vaccines.

“There is evidence to suggest that some of the mutations in the P.1 variant may affect the ability of antibodies (from natural infection or vaccination) to recognize and neutralize the virus,” the CDC states, “but additional studies are needed.”

The CDC also questioned the efficacy of the Moderna vaccine against the South Africa strain, which reportedly makes up 90 percent of the infections in that country.

“Preliminary evidence from non-peer-reviewed publications suggests that the Moderna mRNA-1273 vaccine currently used in the U.S. may be less effective against this variant,” said the CDC. The agency suggested additional studies are needed to verify that.

Similarly, research conducted by South Africa’s University of Witwatersrand and the University of Oxford suggest that the Oxford/AstraZeneca vaccine “provides minimal protection against mid-moderate COVID-19 infection from B.1.351 coronavirus variant first identified in South Africa,” which led to the country halting that vaccine.

But the vaccine has found to provide 74.6 percent protection against the UK variant strain—B.1.1.7—in a study by Oxford University which has not been peer-reviewed.

Ontario, which is set to reopen gradually in selected regions starting Wednesday, introduced an “emergency brake” measure during an announcement by premier Doug Ford on Monday.

The measure authorizes the provincial government to switch any region back to lockdown if there are surges of COVID-19 infections or its health care system risks becoming overwhelmed.

“If … all of a sudden we see the UK variant, South Africa variant, Brazilian variant go into your community—it will switch,” Ford said. “We’ll put the brakes on immediately, because it spreads so quickly.”

He said the federal government cannot prevent Canadians from returning to the country at a land border, even without a test, but if they don’t have the required test they can be fined up to $3,000.

The government began requiring all people arriving in Canada by air to show a negative PCR-based COVID-19 test in early January.