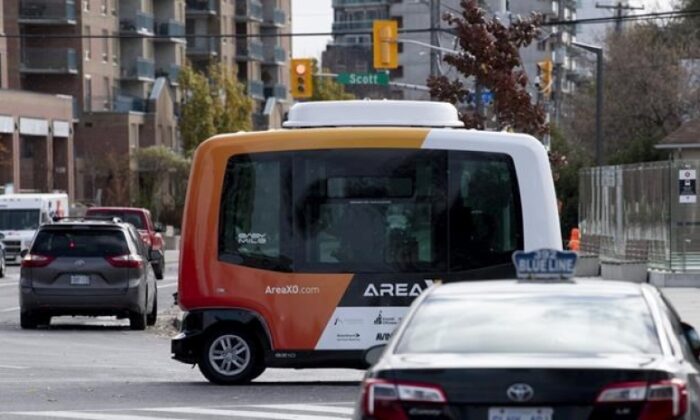 A low-speed autonomous shuttle rides past a taxi during a demonstration on roads around government buildings in Ottawa, on Nov. 2, 2020. (The Canadian Press/Adrian Wyld)
Companies

OTTAWA—Statistics Canada says domestic firms that invested in robots since the late 1990s have also expanded their human workforces, suggesting a less than “apocalyptic” result for workers overall.

The findings released today show that over two decades, firms that invested in automation had workforces 15 percent larger relative to other companies in the same industry.

Overall increases were from bumps in high-skilled jobs, such as programmers, that require university degrees, and low-skilled workers with high-school diplomas or less.

Those in the middle, such as trades workers, were more likely to not be replaced once a robot arrived.

Firms that invested in robots were also likely to cut the number of managers, the analysis says, giving workers more control over decisions and performance incentives.

The studies released today are based on administrative data from companies that added robots and automation to their activities between 1996 and 2017.